Superior Spider-Man's Identity Will Blow Your Mind | The Mary Sue

My Spoiler Senses Are Tingling: The Identity of the Superior Spider-Man Revealed 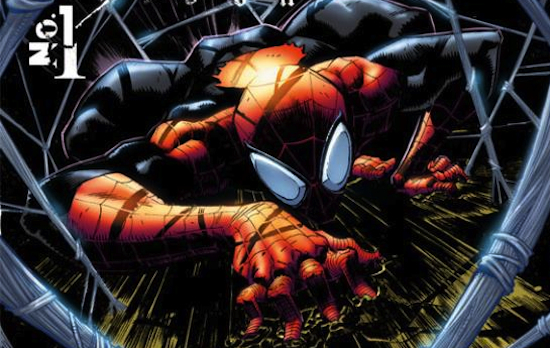 Since revealing that The Amazing Spider-Man would end its near 50-year run with issue #700 and restart fresh with The Superior Spider-Man #1, Marvel Comics teased their legion of unwavering Spidey devotees with the knowledge that the wise-cracking hero and his spirited sense of carpe diem would be done away with in favor of an edgier, stronger, and smarter Spider-Man that can apparently shatter mere stone with his fingertips. “Wait,” cheeped the little fanboys and girls, “what could possibly turn our friendly neighborhood Spider-Man into a calculating, take-no-prisoners vigilante?” We have the startling answer, and if you’re not bothered by massive spoilers and want to see what the geeky hullabaloo is all about, web swing past the jump to ruin the surprise for yourself.

Again, we reiterate to go no further unless ye wish to be completely spoiled.

We good? Okay, then.

Peter Parker is no longer in control of his own body. His longtime nemesis Dr. Octopus is behind the steering wheel. Yep, you read that one correctly: Doc Ock and Parker have swapped bodies, leaving Parker’s youthful mind in the now-dead frame of the good doctor. Now fit as a fiddle and carrying the memories of his arachnid-themed foe, the new Spider-Man will enact his own sense of justice on New York City’s criminal element. So far, Marvel has teased that Ock-Spidey will going up against a new iteration of the Sinister Six and, down the line, Norman Osborn, as in the Green Goblin.

On this abrupt change of direction in the Spider-Man mythos, Marvel editor-in-chief Axel Alonso said:

When Spider-Man editor Steve Wacker and writer Dan Slott came to us with this story, it was clear that this was a long term plan crafted with the utmost love and respect for the character. This is the kind of story that will have fans up in arms – but also coming back to the comic stores to check out each new exciting issue.

Despite Alonso saying otherwise, a few irate fans took severe umbrage to these sweeping changes, with some audaciously going as far as to threatening series writer Dan Slott on Twitter.

Doc Ock taking over Spider-Man’s body is a bold and controversial direction, but the writing regarding something major for the two has been on the wall for years in The Amazing Spider-Man and even within a short story arc in The Invincible Iron Man. Fear not Marvelites, knowing the publisher, they’ll most likely work their mighty Marvel magic to bring back Parker in a few years time.

(via Digital Spy, image via Marvel.com)