Spain Is Working on an Unauthorized Middle-Earth Theme Park

The world is indeed full of peril. 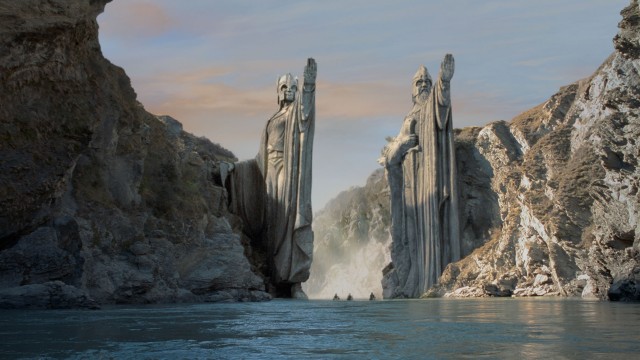 Recently in nerd-related theme park news we’ve seen more Star Wars attractions headed to Disney, Doctor Who as one of the main pulls at an impending BBC theme park, Lionsgate seriously considering a Hunger Games theme park, and Ghibli Land (a fan-made version of what an awesome Miyazaki park could look like).

Waaaay back in 2010 we reported on Universal working towards a theme park based on J.R.R. Tolkien’s The Lord of the Rings likely in the style of The Wizarding World of Harry Potter. That never came to pass, and honestly I’m surprised it took this long for plans to surface again, but it’s not from who you might think.

TheOneRing.net reports that a huge theme park called “La Comarca,” aka The Shire, will soon be built in Rincon de la Victoria in Spain. How huge? Eight hectares. One hectare equals 100 acres.

“The Shire will become one of the major tourism attractions of our town. The material will have a very low environmental impact, to create an integrated image in nature,” said [mayor Francisco Salado].

He added: “It will be a place in which family leisure, sports and nature will go hand-in-hand in a unique space of great beauty set in a time of fairy tales and the magic of the elves. Without a doubt, Rincon de la Victoria will have a top-rated tourist attraction, which will also add to the variety of attractions of Malaga.”

And some details about what to expect from the project which has a budget of almost $2 million:

The facilities will also involve augmented reality allowing visitors to interact with the surroundings.

Two local hotels, Rinconsol and Elimar, have also joined the project creating themed rooms inspired by the magical universe of The Shire for the visitors who stay for the night.

The park will be divided into different areas. The visitor will be welcomed in the area called Parque Urbano, specially conceived for those who want to enjoy the park without having to walk large distance.

A second area called Zona de Aventura will have attractions inspired in the popular author’s stories, amongst which the user will find climbing walls, hobbit homes, swings and slides.

Water will be a main feature of The Shire, with a medium-sized lake to be placed in the middle of the park.

But will we ever see this park become a reality? A more recent post on EuroWeeklyNews speaks to the obvious legal issues. “North American company Warner Bros in Spain has been analysing the project,” they write.

“The pictures used are really similar to those widely known from The Hobbit and The Lord of The Rings’ sagas, and the font used for advertisements is practically identical. We could get in serious trouble,” said a representative of Izquierda Unida party.

The council claimed that the design of characters and spaces had been carried out by municipal experts, so that the town was not charged any copyright payments.

“All the concepts will be original, they will not be able to be considered ‘copies’,” said a council representative.

Well, if this doesn’t work out, we’ll always have the Green Dragon.