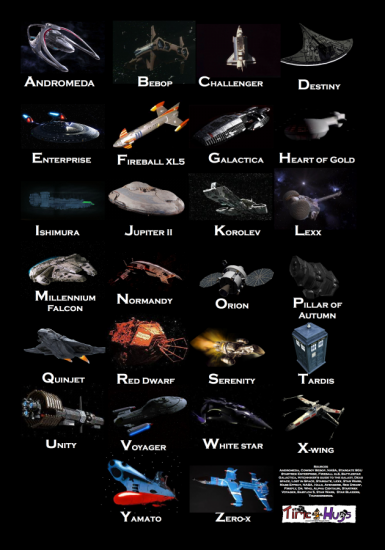 I’m trying to think of a favorite spaceship that isn’t on this list, but all I’m coming up with is Moya from Farscape, and I’ll admit that in a fight based on notoriety alone the Millennium Falcon wins that one hands down.

(Time for Hugs via Blastr.)