Nintendo Gets A PR Lesson, Decides To Allow Streaming of Super Smash Bros. Tournament After All

This would be almost magnanimous of them if they hadn't tried to stop the live stream in the first place. 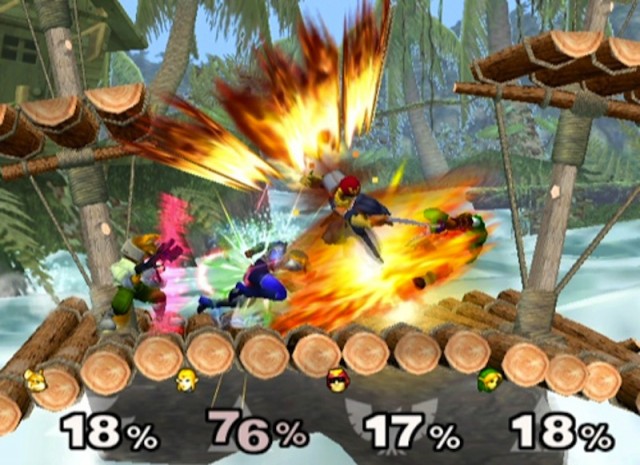 Pop quiz, Nintendo! If a lot of your astonishingly loyal fans get so amped about seeing rounds of Super Smash Bros. Melee in the upcoming Evo gaming tournament that they raise nearly $100,000 in  support of a breast cancer charity to make that happen, what do you do? Did you say “Deny the tournament the right to stream those rounds over the Internet”? I’m sorry, that’s not the answer we were looking for! The good news is that after a frankly dumb amount of hemming and hawing yesterday, Nintendo has decided to allow Evo to stream the game this weekend. The bad news is that Nintendo ever let that be an issue in the first place.

Yesterday, news broke on Shoryuken — whose founder, Tom Cannon, also runs Evo — that Nintendo had denied the tournament permission to broadcast Super Smash Bros. Melee matches from this weekend’s tournament. For the many fans who donated money to charity to lock the title in as the final game in the tournament, it maust have come as a huge slap in the face. To the rest of us, it just looked like a huge unforced error on Nintendo’s part. Because when you’ve got one of the best fan bases in the history of people liking things, naturally the best plan of action is to needlessly antagonize them.

Within hours of the announcement, the company had backtracked, with Shoryuken announcing that they would be allowed to stream the matches after all, meeting Webster’s definition of “too little, too late”. Congratulations, Nintendo! You made the right decision in the most difficult possible way and turned an opportunity for good will that required exactly NOTHING on your part into a public relations debacle from which you emerge looking like you only did right by your fans under duress. That’s the kind of stupid that takes real doing. We stand in awe.

That’s not to say there’s no way to make things right here. For example, recall that to get Super Smash Bros. in the tourney in the first place, fans raised $94,683 for the Breast Cancer Research Foundation. A matching donation wouldn’t fix things, but it would send the signal that you know what you did was dumb and offensive, and you’re willing to pay a price for that. That’s not a solution, but it’s a start, and maybe a motivator to behave more respectfully towards your fans next time.