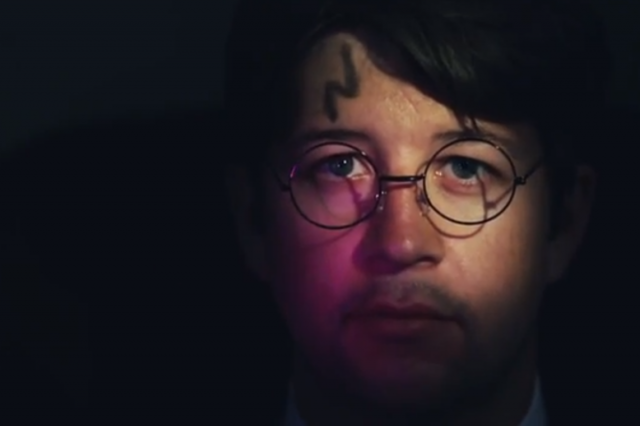 The guys from indie band Sleeperstar have been Expecto Patronum‘d by literature, and they want to share it with the world. Having grown up with the Harry Potter books and films, the franchise has irrevocably touched their lives; so, Sleeperstar decided to do what they do best, and write a song in dedication to The Boy Who Lived.

Called (fittingly enough) “The Harry Potter Song,” Sleeperstar wrote the song to express what the world of HP really means to them. They even shot a pretty awesome video for the tune. Accio YouTube!

You might also know Sleeperstar (Chris Pearson, Nick Box, Jake Lester, Geoff Ashcraft, and Shaun Menary) from their hit “I Was Wrong”, which was featured in The Vampire Diaries’ second season; or, from “Everything Must Find Its Place” in Extremely Loud and Incredibly Close. Their EP, Blue Eyes, was released this year, so go ahead and support a great indie band – that doesn’t mind delving into Wizard Rock when they need to.