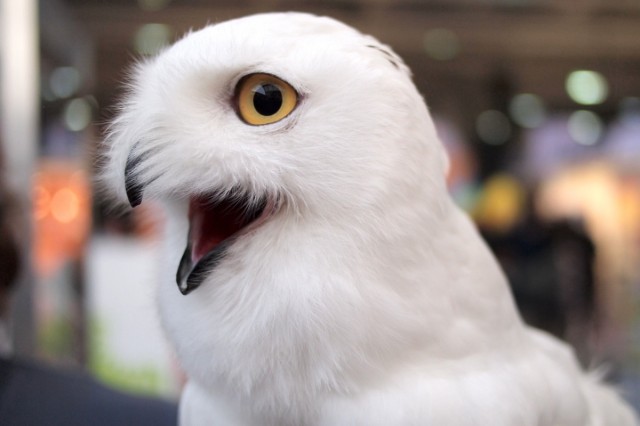 What could be more magical than a Harry Potter-themed wedding? Invitations that look like Hogwarts acceptance letters; a cake with edible snitches; Butterbeer as your signature drink; and you could use an owl as your ringbearer! Sadly for one couple, they ended up with more of an Errol than a Hedwig, and their ring exchange was pretty much ruined.

Two Potter fans from Oxfordshire hired a falconer and owl to fly their rings down the aisle of the 900-year-old Church of the Holy Cross in Shertson, Wilts, to live out their Hogwartian dreams. Unfortunately, the couple was left wishing they could Accio their rings to the altar when the owl decided he was having exactly none of this, settled down in the rafters, and promptly fell asleep.

Unable to retrieve the owl, the couple were married with a  pair of back-up rings (so at least they realized this was a possibility going into it), and were long gone from the chapel before someone grabbed a ladder and hauled the owl down. 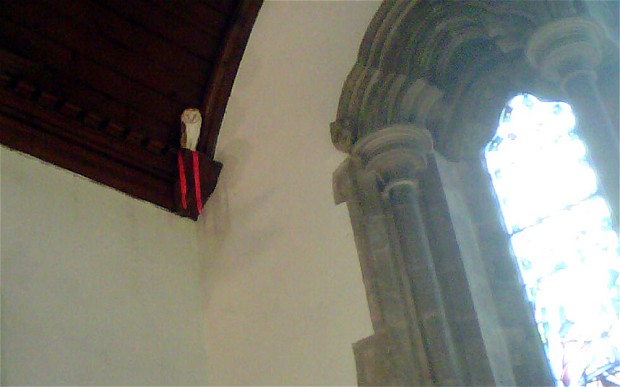 The officiate, Rev. Chris Bryan, was able to shed some light on the situation (insert your own Lumos joke here). “It was a complete surprise to the groom, although the bride was in on it. It was the bride’s mother’s idea. The groom is into falconry as a bit of a hobby and so it was secretly arranged for two falconers to suddenly appear at the moment when the best man hands over the rings,” said Bryan. “This chap popped up at the front of the church next to us with a gauntlet on, as another chap appeared at the back of the church with a box. The owl appeared, and took a bit of coaxing to take to flight. It paused for a little bit, eventually saw the gauntlet, and then took off. But instead of landing on the arm of the man by us and delivering the rings, it went up over our heads and landed up in the roof space. The idea was it would be amazing and would swoop over the heads of the guests, and they’d all feel the air rushing from its wings, but it didn’t quite work like that.”

And that’s what happens when you forget to tip your owl a knut. They get mean.

(via io9, photo via Farrukh)