I'M NOT PREPARED FOR THIS 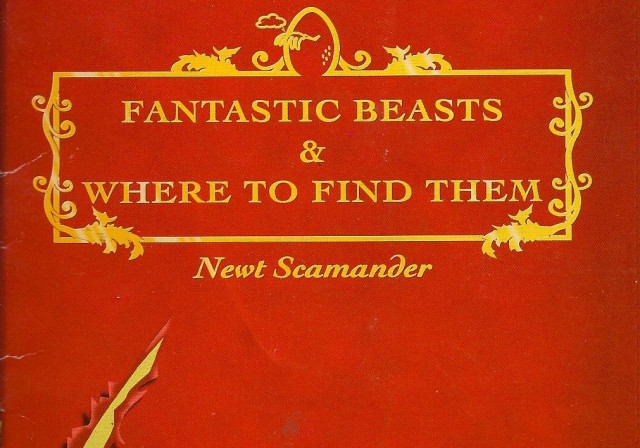 Okay, well not more of Harry himself, but Warner Brothers and JK Rowling have announced plans to create a new film series based on the tie-in Hogwarts textbook Fantastic Beasts and Where to Find Them. So we’re getting more of the world of Harry Potter’s witches and wizards, which is what everybody really wants.

Here are the basics: Fantastic Beasts and Where to Find Them is a short book that JK Rowling wrote in 2001 as a companion piece to the Harry Potter franchise. It’s also a required Hogwarts textbook within the actual franchise itself that catalogs all of the known magical animal species — hippogriffs and phoenixes and what not. The film will be based on the life of the textbook’s fictional author, Newt Scamander, as he travels around the world doing research.

“It all started when Warner Bros. came to me with the suggestion of turning ‘Fantastic Beasts and Where to Find Them’ into a film,” Rowling said in an official statement. “I thought it was a fun idea, but the idea of seeing Newt Scamander, the supposed author of ‘Fantastic Beasts,’ realized by another writer was difficult.” So instead she came up with her own story and pitched that to Warner Brothers instead. How’s that for BAMF?

Now I already hear some of you nerds calling this out as a bad idea. “Remember the Star Wars prequels?” You’re all madly typing. This is different. Newt Scamander bears literally no relation to anybody in the original books or films (well, okay, his grandson is married Luna Lovegood in the final book’s epilogue, but that’s it), and the story starts in New York (AMERICAN WIZARDS OH MY GOD SO EXCITED), 70 years before Harry Potter even makes it to school. So while there might be some cameos, it’s a completely new story we’re being told.

If anything, this is the Marvel’s Agents of S.H.I.E.L.D. to Harry Potter’s Avengers, the Better Call Saul to it’s Breaking Bad — an unexpected continuation and exploration of a world that we’re already very emotionally invested in. Could the film possibly still be awful? Maybe. Is there also a good chance that it’ll be full of centaurs, badass ugly-mermaids, and dragons? Hells yes. So I’m going to choose to be optimistic.

(via The Mary Sue and ComingSoon.net)

Fantastic Beasts and Where to Find ThemHarry Potter (franchise)J.K. Rowling