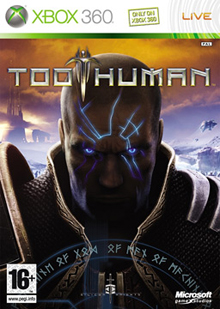 As if the death knell hadn’t already sounded for video game developer Silicon Knights, a judgment signed just two days ago in the legal battle between themselves and Epic Games pretty much indicates that they’ll be completely wiped off the map. To make a long story short, the two companies were nipping at each other over the Unreal Engine that Epic licenses out to other developers, like Silicon Knights. Now, thanks to losing horrifically, Silicon Knights has been ordered to recall and destroy all unsold copies of Too Human, X-Men: Destiny, and more.

In addition to that, the order requires that Silicon Knights destroy all video game code and Unreal Engine code associated with Too Human, X-Men: Destiny, The Box/Ritualyst, The Sandman, and Siren in the Maelstorm by December 10th, 2012. They can no longer produce, sell, or distribute these games, and must recall all the unsold copies at their own expense in order to destroy them. Ouch. 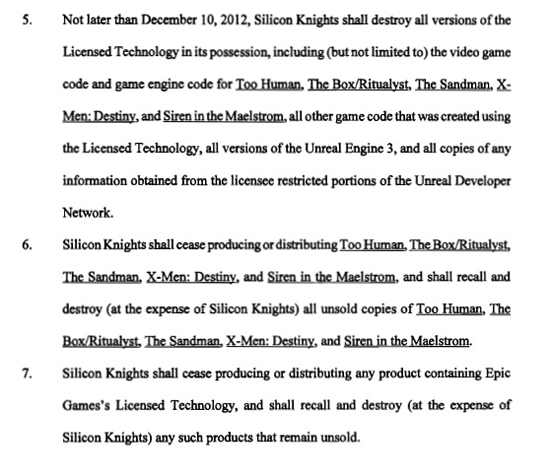 For those that haven’t already been following along, word is that Silicon Knights currently consists of a skeleton crew if that. Once X-Men: Destiny fell flat, the studio was more or less done for. That was before the developer was ordered to pay Epic $4.45 million in damages back in May. Now that the majority of their relevant catalog will be gutted, it’s time to wave goodbye and bury any Eternal Darkness 2 hopes and dreams.