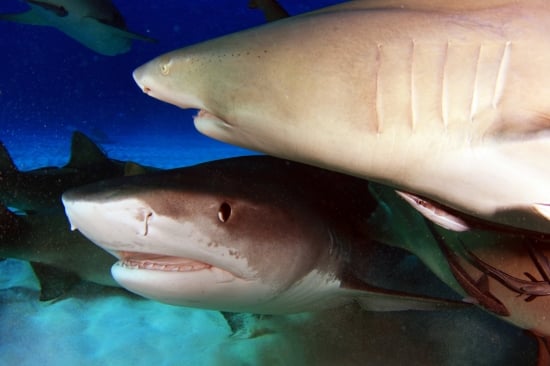 Fifteen people were injured last week when a 33-ton aquarium exploded in the middle of a Shanghai shopping center. The injuries sustained are reported mainly as cuts from the shattered glass, and not from, as one would suspect, sharks. The aquarium was installed two years ago, and had been a popular attraction at the mall until it exploded, spilling fish, turtles, and sharks into the shopping center. That tends to drive down foot traffic.

The tank at the Shanghai Orient Shopping Center was seven meters long, three meters high, and had 15-centimeter-thick acrylic glass. An investigation is underway as to what caused the tank to burst, but it’s believed that a drastic drop in temperature was responsible. It can’t be said definitively if this was a deliberate attack by the sharks against mankind, but it clearly can’t be ruled out.

Of the 15 people injured, eight were customers while the other seven were employees of the shopping center including shop workers and security personnel. None of the human injuries were serious, but three sharks as well as dozens of fish and turtles died as a result of the tank exploding.

Closed-circuit television cameras in the shopping center were able to capture the tank exploding on video:

According to the shopping center’s management, there are no plans to rebuild the shark tank. That’s probably a good idea. Malls are probably not the best places for shark tanks.

(via Russia Today, image via mentalblock_DMD)