Couples respond by probably just going to a different movie. 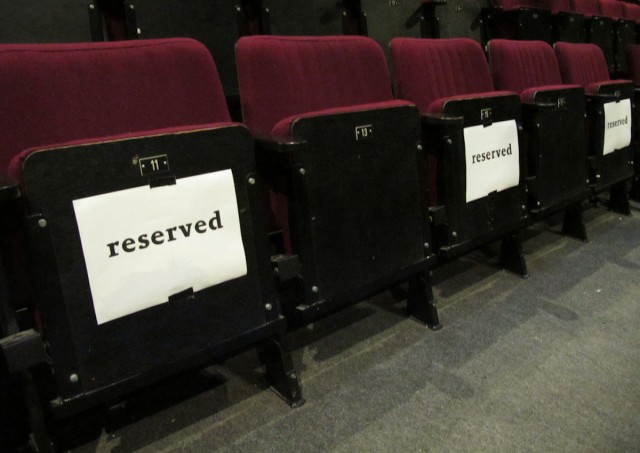 What’s a self-proclaimed “computer nerd” to do in the face of a post-breakup Valentine’s Day? Forgoing the also popular “play video games alone and drink” approach, a man in Shanghai decided to reserve every other seat at a screening of Beijing Love Story so that snuggling couples wouldn’t rub romance in his face… at a movie called Beijing Love Story.

Somewhat ironically, the dedicated bachelor couldn’t make his revenge against togetherness happen alone. After hitting a snag with online ticket purchase limits and a suspicious box office staff, the man, known only by his online handle “UP,” set up a crowdfunding campaign, and unfortunately for couples who want to attend the screening, he felt the love.

He was able to get enough bitter Valentine’s haters together to raise the money and number of purchasers to buy every odd seat in the theater, so couples will have to sit separately. Luckily for couples, it’s not likely that the staff is going to care much if they move one seat over in a half empty theater. Unless UP somehow gets all of the people who bought tickets to actually show up, the stunt is little more than a gag and a waste of money.

That’s OK with UP, though, as he explained to the Shanghai Morning Post, “‘I hope all lovers understand this is just a small joke. Want to see a movie on Valentine’s Day? Sorry, you’ll have to sit separately. Absence makes the heart grow fonder. Give us singles a chance.”

The theater probably isn’t too happy, though. Moving one seat over might not be that big of an obstacle, but if couples aren’t in on the joke, they’re not likely to buy tickets to a Valentine’s Day movie where they can’t find two seats together. On the other hand, UP may have just guaranteed that the only people who will show up are singles and created the most bizarre Valentine’s Day singles mixer ever.

How mad would he be if he inadvertently created more happy couples? I guess we’ll find out next year when he cooks up his next nefarious scheme for minor Valentine’s inconvenience.

(via The Independent, image via Kars Alfrink)