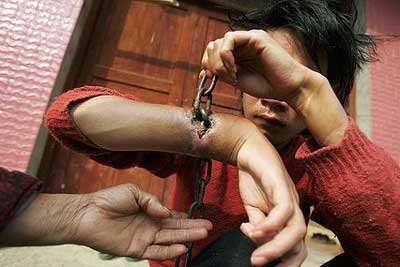 Zhang Chuanqiu, pictured above, sustained a pretty gruesome injury after he was chained to a cowshed due to a dispute with village officials regarding a loan in Hunan, China in 2005. The shackles were applied so tightly that his skin eventually grew over the chains and Zhiang is currently trying to amass the £1,000 surgeons told him the surgery would cost.

Crazy story with a crazy result, but at least Zhiang’s own mother came and rescued him from the cowshed, preventing the story from having some kind of “and no one cared about him at all” angle. If for some reason it wasn’t apparent from the picture, Zhiang said, “They cause me a lot of pain. They are always inflamed and ooze pus all the time.”

It kind of has to be pointed out, but a pretty famous video game character suffers from a similar ailment: 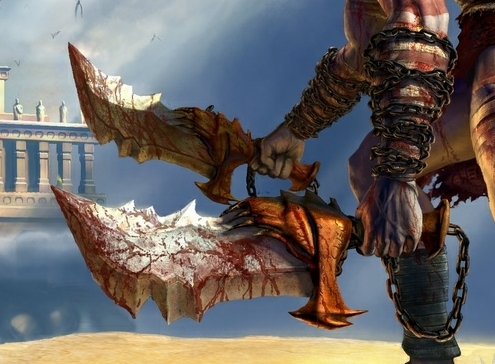 Unluckily for Zhiang, his ailment isn’t fiction. Hopefully, now that his story is circulating the Internet, he’ll receive some donations in order to get the surgery to remove the chains from under his skin.

(Austrian Times via Nothing To Do With Arbroath)