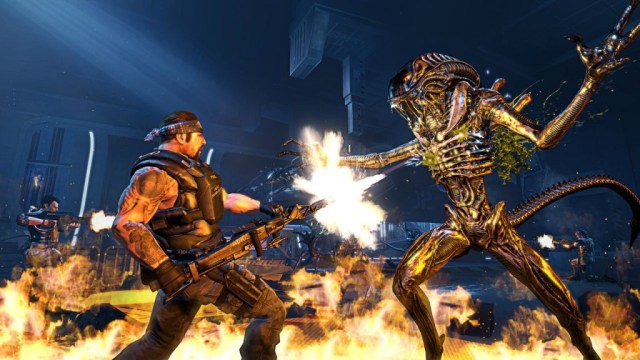 We’ve all probably seen some pretty sweet game trailers and thought, “no way is the actual game going to look that good.” There’s a lawsuit claiming that in the case of Sega and Gearbox’s Aliens: Colonial Marines the actual game is so much worse than the demos that it constitutes false advertising. A judge in the case just sent both sides to “Alternate Dispute Resolution” to work it out.

Alternate Dispute Resolution (ADR) is when both sides of a dispute look at settlement options with a judge or other state official. According to Polygon, nearly all cases in the Northern District of California Court where the suit was filed are sent through this process. The judge in this case, Maria-Elena James, has recommended ADR, but it’s not mandatory. Both sides will have to agree to or refuse ADR within 90 days.

The plaintiff in the case, Damion Perrine, apparently wants to take this thing to trial, so his lawyers will likely decline the ADR option. They’re arguing for the suit to get class-action status claiming that many of the people who purchased the game were influenced into doing so by the misleading footage they saw at trade shows.

Isn’t it kind of common knowledge that what you’re seeing at trade shows like E3 or Comic-Con is better than what you can expect from a game? Are there any readers who actually feel ripped off by this game’s supposed bait-and-switch?

(via Polygon, image via faseextra)