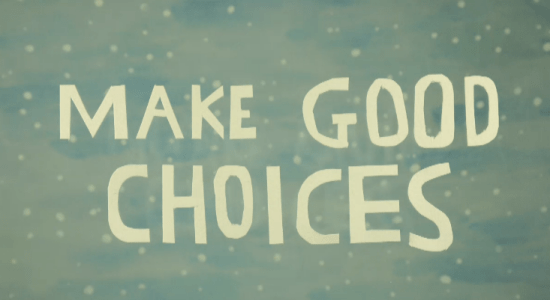 I know we don’t normally cover a lot of music here on Geekosystem, but I’m too thrilled about this to not tell as many people about it as possible. Sean Nelson has a new video of his single “Make Good Choices” off his upcoming solo album of the same name. Nelson was the singer for the band Harvey Danger, which is best known for its 1998 song “Flagpole Sitta“. Harvey Danger is still my favorite band, and this song is amazing. The video is pretty tremendous as well.

The video for “Make Good Choices” was done by Nelson’s friend Clyde Petersen, and it’s made up of beautifully animated paper art. Take a look:

I don’t want to overstate how much I love this song, but besides the birth of my daughter, this is my favorite thing that’s happened this year. Make Good Choices is out on Really Records June 4th, which is now written in large red letters on my calendar.