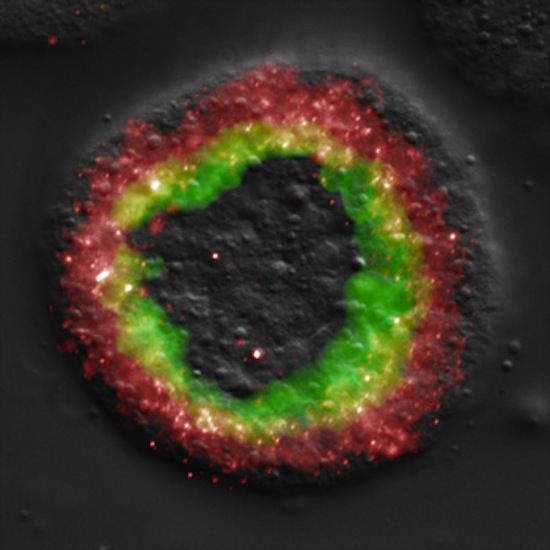 Researchers at Caltech have created the first predictive computer model of a living embryo, mapping the genetic development of a sea urchin in the first 30 hours of it’s life. While a model over that time span will miss big events like the urchin’s high school graduation and the heartbreak of its first divorce, it will capture the development of it’s heart and skeleton, which are pretty important too. The work, reported in the journal Proceedings of the National Academy of Science opens the door to creating predictive computer models for other organisms down the road, and learning more about the very first moments of development, when cells are still learning what to be from the simplest available genetic roadmap.

The Caltech team has been studying sea urchins for years, looking at the networks of genes that activate and deactivate during embryonic development. To digitize their work, they painstakingly translated the information they’ve gathered over the years into a series of Boolean operators — for example, if gene X is turned on, gene Y is turned off. Repeating this process for the roughly 50 regulatory genes that turn on and off during embryonic development, they crafted a digital version of the embryonic urchin.

While there are still a few bugs to be ironed out, the computer model created by these blueprints looks very much like an early stage urchin embryo. Tinkering with the genes of the model — suppressing a gene during development, for example — provides the same results in the model that the team’s work has previously shown in actual embryos suggesting that scientists have truly cracked the code of how to make a sea urchin from scratch.

Urchins make a great first step in this work because they are extensively studied and well understood. Though they may seem pretty simple creatures — amounting largely to a mouth with a whole lot of hands for putting food inside of it — they also have a lot of the same basic moving parts that we do, like the gut, skeleton and immune system. Now that the embryo model is mostly sorted, it seems like a matter of time and effort before the team can put together a model of the full lifespan of the urchin.That will allow researchers to speed up their experiments, working virtually on whole organisms rather than on flesh and blood models for the first time.