[Updated] In Face of Two Scandals, It’s a Bad Week to Be Scientific American

You're better than this, SciAm. 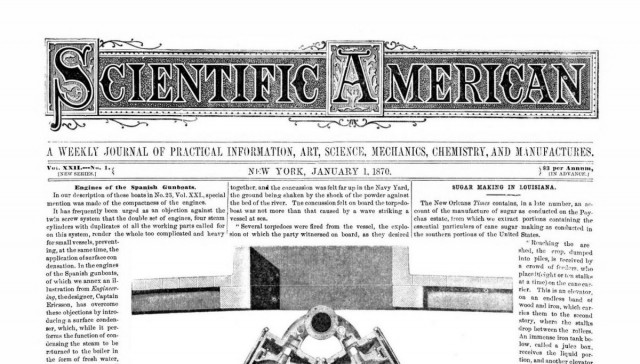 Scientific American isn’t having a great week, and from the look of things they have no one to blame but themselves. There are sexual harassment claims against editor Bora Zivkovic, and a separate incident with SciAm blogger Dr. Danielle Lee being silenced after calling out a partner publication’s editor for calling her a whore. Get it together.

The mounting outrage around Zivkovic’s behavior began when writer Monica Byrne named him as the editor she wrote about harassing her last year on her blog. That happened on Monday, and since then at least one other woman, Scientific American blogger Hannah Waters has come forward with similar accusations against Zivkovic.

Both women accused Zivkovic of first reaching out and expressing professional interest in their work, but upon meeting them he began steering conversation heavily towards sex.

After Byrne named Zivkovic, he apologized in a personal blog post wherein he wrote:

It is not behavior that I have engaged in before or since.

The fact that a second woman has come forward obviously calls this claim into question.

Meanwhile, over the weekend the Scientific American blogs found themselves in the middle of a separate scandal. “The Urban Scientist” Dr. Danielle Lee was offered publication on Biology Online without any payment, but declined. The response by a Biology Online editor included the line:

Are you an urban scientist or an urban whore?

Lee shared the response on her SciAm blog, and the post was pulled. Editor-in-chief Mariette DiChristina originally responded on Twitter, saying:

Re blog inquiry: @sciam is a publication for discovering science. The post was not appropriate for this area & was therefore removed.

BoingBoing points out that though plausible, this is likely untrue considering the number of other non-science-related posts on SciAm blogs. The question was raised by Hannah Waters over whether or not the partnership between SciAm and Biology Online was the real reason, to which DiChristina tweeted a denial:

Finally, after much criticism, SciAm said the true reason was that they pulled the post for legal reasons because they could not quickly verify the facts of Lee’s post.

[Update – 2:13PM 10/18/13] It seems today another woman has come forward with harassment claims against Bora Zivkovic. In a blog post on Medium.com today Kathleen Raven posted excerpts from a series of emails from Zivkovic.

(via BoingBoing and Gawker, image via Marcel Douwe Dekker)