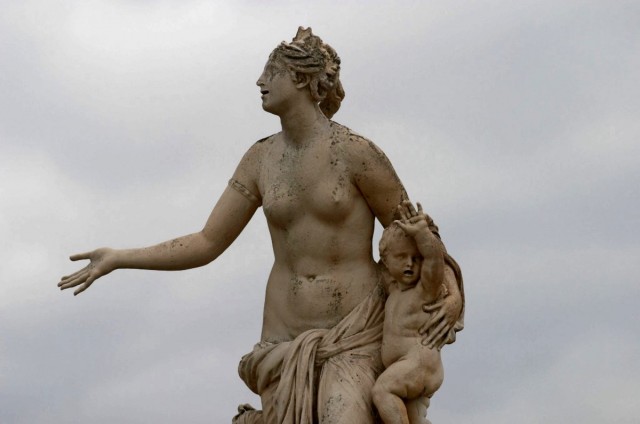 Facebook has an ongoing war on boobs. The latest skirmish came when Facebook banned the ACLU because it posted a photo of a statue it was defending. That statue had a woman’s bare breasts, so Facebook pulled it and blocked the ACLU.

The statue pictured above is not the statue being disputed. This is. If you click the link you’ll notice it goes to the ACLU’s Facebook post which has since been reinstated. Here’s a screenshot in case it gets pulled again for some reason: 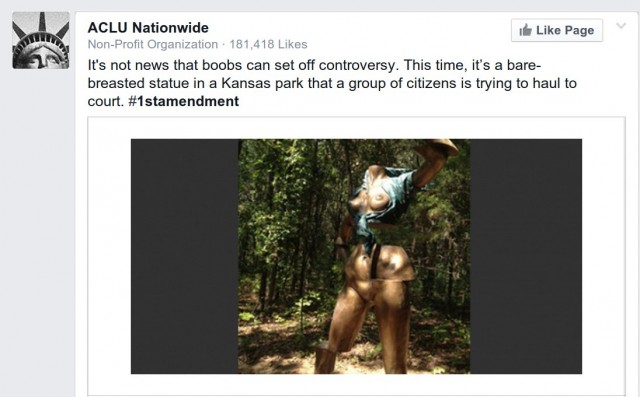 The statue is called “Accept or Reject” and it’s by sculptor Yu Chang. It stands in a public park in Kansas. A local group of citizens are upset that the statue has breasts and have been trying to have it removed on the grounds of obscenity. The ACLU has been defending the statue on the grounds that a statue having breasts does not equal obscenity.

Facebook removed the post and banned the ACLU from posting for 24 hours on the grounds of their policy on nudity is inexpertly enforced. Nudity in art is allowed on Facebook, but that doesn’t mean people won’t report it as a violation of terms anyway, meaning someone at Facebook has to review it. Facebook gets hundreds of thousands such reports every week. Mistakes are bound to happen.

In this case the post was reviewed and deemed too scandalous to remain on the social media site, and it was taken down. The ACLU quickly notified Facebook, the mistake was realized, and the post was put back online, but by Facebook’s own policy standards it should never have been taken down.

Facebook, get your act together when it comes to policy enforcement. While you’re at it, stop defaulting your app to “Top Stories”.

(via The Mary Sue, image via Tor Lillqvist)