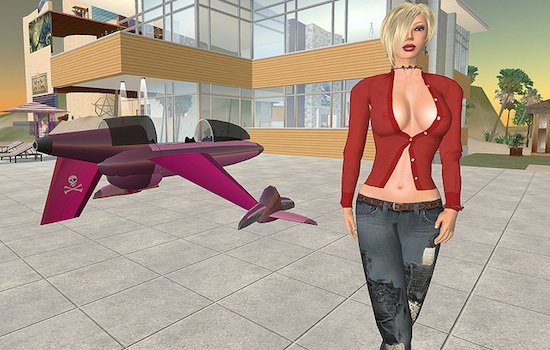 In keeping with trends set by pretty much every video game and adolescent male fantasy in the history of forever, female avatars in the digital realm are more likely to be scantily clad than their male counterparts. That’s according to a study of digital fashion in online play space Second Life by researchers at Laval University, who we’d like to thank for reminding us that Second Life is still, apparently, a thing.

The study of 400 avatars found that most 71% of male avatars covered more than 75% of their skin, presumably because at this point, even men’s avatars are showing virtual paunches. Don’t laugh, folks, this is for real —  I swear the hairline on my WoW toon is starting to recede. In contrast, just 5% of female avatars in the study were covering that much skin. On the other end of the spectrum, almost half of female avatars — 47% — covered between 25 and 49% of their skin, as compared to 9% of male avatars in the study who were strolling around largely unclothed.

Interestingly, the results of the study also demonstrated that female avatars were more likely to show more skin regardless of whether or not they showed other traditional signs of gender-specified beauty like high chest to waist ratios. In other words, even female avatars who weren’t sporting cartoonish bodies made possible only through the miracles of advanced physics engines were generally more scantily clad than their male counterparts.

While the results are interesting, it’s unclear what they really tell us about the psychology behind belly-button baring female avatars, as the data is incomplete since there’s no telling whether it’s actually a man or woman piloting those digital bodies. Without knowing that, the insights that can be gained from a study like this are limited and foggy ones at best.

Then again, it’s pretty unthinkable that any male Second Life participant would create a female avatar for the sole purpose of dressing it in revealing attire. Right guys? Guys? Right?