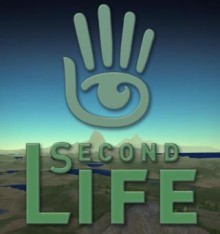 Question: Remember Second Life? You know, that crazy yet kind of cool virtual world that a little while ago was less a game and more, for some, “the future of the web.” The same virtual world that never saw the kind of widespread paradigm shift that it was supposed to bring about. Kind of like Google Wave.

Another question: Are you invested enough in a social network or virtual world to sue them for perceived wrongdoing? Many of you likely aren’t, and probably laugh at the idea.

So, it should stand to reason that the idea of “residents” within Second Life suing creator company Linden Labs over rights to virtual land would sound litigious in the extreme, right? Because they are. Not so fast, though.

The users in question claim that Linden Labs, in altering its terms of service, violated their contractual property ownership rights and California consumer protection laws. They allege that the new terms “state that these land and property owners did not own what they had created, bought and paid for, and that these consumers had no choice but to click on a new terms of service agreement or they could not have access to their property.”

These users are not alone. While Second Life is certainly a virtual world that has a rather niche appeal these days, users there use actual funds to finance their projects. Sound crazy? One commenter on Mashable wrote that “projects in SL often run in the tens or hundreds of thousands of US dollars.” These numbers come as no surprise, though, considering that Second Life saw it’s most successful quarter ever, dealing with $160 million is user-to-user transactions. Linden Labs itself was recently valued at $383 million, meaning that, while they’re not Twitter, they are certainly profitable.

Now, the normal disclaimer would be to state that I am not a lawyer. Therefore, my thinking that they have a case (and I do) shouldn’t be taken as anything more than opinion. However, while surely a simulation of a house is not the same as a house, this case only begs the questions: What exactly is “property” in a virtual world? And how do you value it against the real thing in a court of law?