Well That Didn’t Take Long: Republicans Now Want to Do Away With the Entire Department of Education 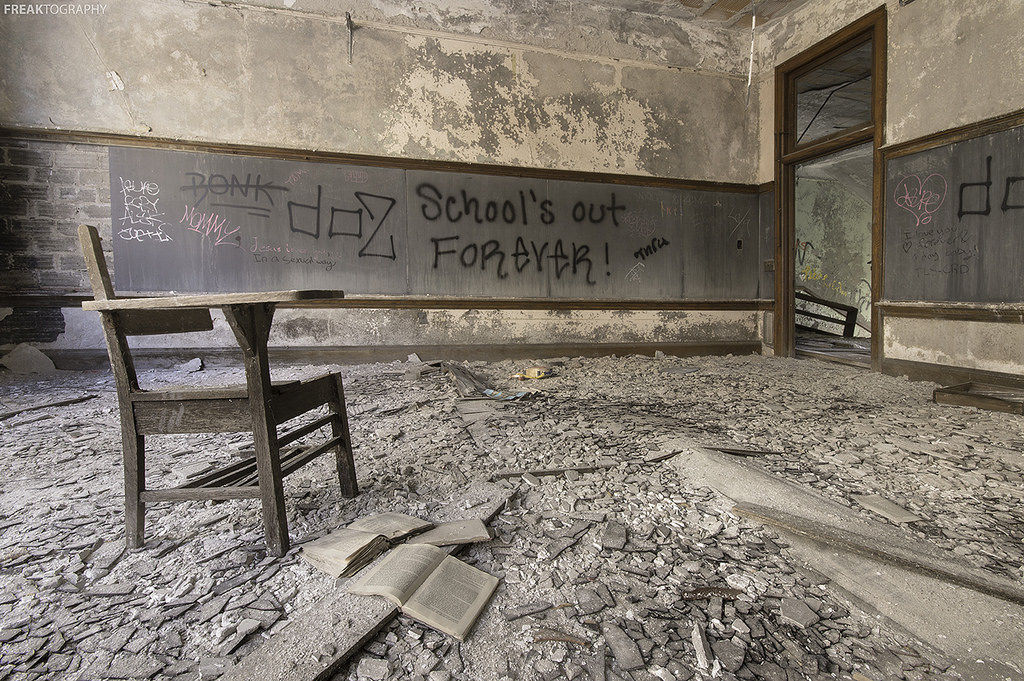 We haven’t even come to terms yet with the fact that Betsy DeVos–the woman who doesn’t know what the IDEA (the Individuals with Disabilities Education Act) is, has no experience as an educator, has never attended or sent a child to public school, who thinks schools need to “advance God’s kingdom,” who can’t answer simple questions on the most basic points in the conversation around American education, and who, let’s not forget, argued we should allow guns in schools because of bears–was confirmed as the new United States Education Secretary today. But that’s not stopping Republican lawmakers from taking our dystopian education-related nightmares to a whole new level in proposing a bill that would eliminate the Department of Education entirely.

Kentucky Rep. Thomas Massie has proposed a bill that’s all of one single page in length, which I can’t tell if that’s lazy or deliberately insulting to the presumed Democratic opposition. I’m going to guess both. Massie, whose bill declares the department would be terminated on December 31st, 2018, wants to bring all education policy decisions into the hands of state and local agencies. Massie said in a statement,

Unelected bureaucrats in Washington, D.C. should not be in charge of our children’s intellectual and moral development. States and local communities are best positioned to shape curricula that meet the needs of their students.

Of course, according to her confirmation hearing, DeVos agrees. Do we think she’d mind being out of a job?

During her hearing, Tim Kaine asked her about her thoughts on the IDEA. Aside from not knowing what that was (or, in her words, she “may have confused it” with… something), she thought that even the protection of students with disabilities shouldn’t be her concern. Kaine pushed, “So some states might be good to kids with disabilities and other states might not be so good and, what then, people can just move around the country if they don’t like how kids are being treated?”

Her response? “I think that’s an issue that’s best left to the states.”

Under DeVos, we’re already at risk of the new head of the Education Department declaring that any and all public school issues aren’t part of her job. Which means the rich (i.e. Devos and her Republican Senator friends) get richer and send their kids to better and better schools, while the rest of the country, well… I guess that’s just an issue that’s best left to the states.

Now, if Massie and the seven other Republicans who signed the bill get their way, we’re all at risk of seeing that isolationist version of an educational system to the extreme.

(via The Hill, image via Freaktography/Flickr)