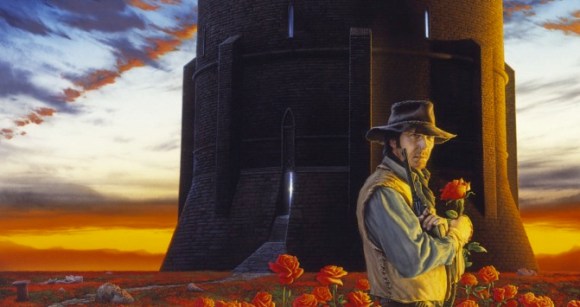 We’ve hard quite the on-again off -again relationship with Ron Howard and Akiva Goldsman’s film and television adaptation of Stephen King’s The Dark Tower series. First, Javier Bardem signed on to play gunslinger Roland Deschain, then the project was canceled due to budget issues, then it was back on and coming to HBO. Soon after, it was postponed indefinitely. For a while, it didn’t seem like we’d be getting to see King’s magnum opus hit the big screen. But now, thanks to some interest on the part of Warner Bros, we might finally see Goldsman’s project hit the ground running, and with a new gunslinger to boot.

Although Bardem has been attached to the role since its inception, it appears that Howard is eyeing Russell Crowe as a replacement. Although the reasoning behind this casting change-up is unclear, we imagine it might have an impact on whether or not Warner Bros. decides to move forward with this long-beleaguered adaptation. Reportedly Goldsman is turning in a new script soon, which will probably have a smaller budget since that’s what got it scrapped in the first place.

Admittedly, The Dark Tower is a risky series. It’s a huge epic, spanning 7 novels and a just-released prequel, it’s written by an author that you either love or hate, and it’s just not as well-known and culturally influential as its progenitor. Universal likely couldn’t bear the thought of spending so much money on producing a high-fantasy epic that just might not pull in big audiences.

What do you think? Will a more notable actor and a smaller budget assure this potential film’s success? Do you see Russell Crowe as Roland Deschain? Will we ever get a final answer regarding the fate of this adaptation?