J.R.R. Tolkien Was Passed Over For A Nobel Prize In 1961 For Lord of the Rings 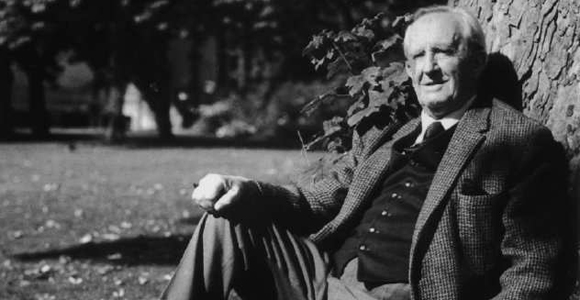 A Nobel Prize is a goal people in many fields dream about throughout their career, but few actually achieve or live to see. Someone famous who came close? The Lord of the Rings author, J.R.R. Tolkien. Newly released documents have surfaced that reveal the fantasy author was nomniated for a Nobel in literature in 1961 and passed over by the comittee. And oh yeah, he was endorsed by friend and fellow author, C.S. Lewis.

It’s hard to imagine that works that have become such an important part of literary history, and modern media, were not recognized for their importance at the time. BBC News reports, “The Nobel prize jury said ‘the result has not in any way measured up to storytelling of the highest quality.'”

Journalist Andreas Ekstrom studied the documents  earlier this week and reported his findings in a Swedish newspaper. “They feature an original list of about 50 writers – put forward for the award by academics, exerts and previous winners – complete with commentary from the prize jury.”

Instead of Tolkien, Yugoslav writer Ivo Andric won for what the committee said was the “epic force with which he has traced themes and depicted human destinies.” Was the Nobel committee being biased against Haflings?!?

“The papers also show that British writer Graham Greene – who never won the Nobel – was the jury’s runner-up, followed by Karen Blixen, the Danish writer of Out of Africa.”

Chronicles of Narnia author, Lewis, was able to nominate Tokien because he held professorship at the time but it seems the odds may have been against them both. According to the original Swedish article, the 1960 decision to award the prize to the French poet Saint-John Perse was “virtually conditional” upon Andric’s receiving it the following year. Fixed! It was fixed, I say!!

But in the scheme of things, we think Tolkien has it pretty good. The big-screen adaptation of The Lord of the Rings took home seventeen Academy Awards, they’re making an adorable set of LOTR Legos and fans everywhere are still enjoying his work today.