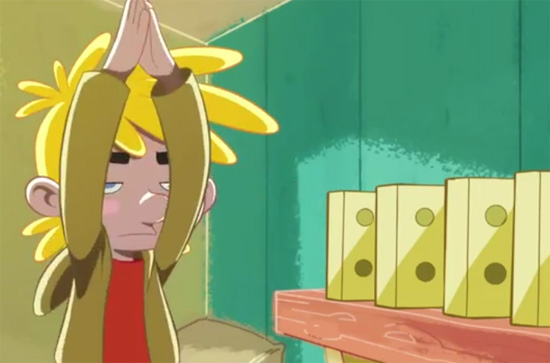 With eyebrows reminiscent of the Red Bird, Amazing Alex is set to become the next mobile and tablet game for Angry Birds makers Rovio. Like Angry Birds, Amazing Alex will be a physics puzzler but one that relies on “chain reactions” instead of avian lobbing. It actually sounds pretty awesome.

According to the Amazing Alex teaser, the game will be launching for iPhone, iPad, and Android sometime in July. Here’s how the breathlessly enthusiastic copy on the official website describes the game:

Meet Amazing Alex! With his boundless imagination, this whiz kid turns everything into adventure! From cleaning his room to battling cardboard robots in his backyard, Alex creates amazing chain reactions to get the job done. Now he has some challenges for you! What’s the most creative solution YOU can create? With 100 challenging levels, there’s a whole world of creations to explore!

The teaser site goes on to list 4 locations, 35 interactive elements, and regular free updates as other sweeteners.

Though no gameplay images or videos have been released, the promotional imagery and copy suggests that the game will be centered around building Rube Goldberg 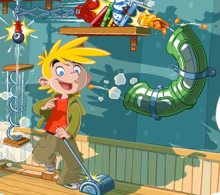 devices. Each of the game’s 100 levels will likely present you with a goal to be accomplished by building a physics-based chain reaction machine.

The clever thing here is that Rovio is not only providing level building tools for players (which it is hoped will be interesting and not just a lot of penis-shaped challenges), but multiple ways to solve each level. Not only that, but Amazing Alex claims it will have tools to share your ingenious successes. This is no doubt meant as an incentive to get players to one-up one another and replay the game — but that doesn’t make it any less clever.

This sounds fun and all, but Gene Simmons promised us an Angry Birds game with a KISS tie-in and I am not going to be happy until that happens.