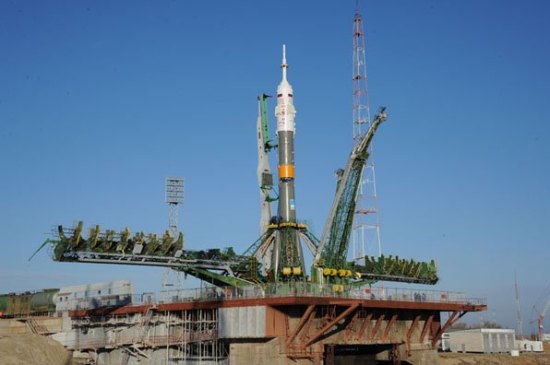 Late last night, the first manned Soyuz rocket blasted off from the Baikonur Cosmodrome on the plains of Kazakhstan, headed for the International Space Station. With traditional Russian badassery, the launch took place in the midst of a massive snow storm. While trips to the ISS have become rather hum-drum news, the crash of an unmanned Progress resupply ship in August kept the international space community on edge for weeks.

But as @AngryBirds revealed, the rocket was carrying more than just astronauts. 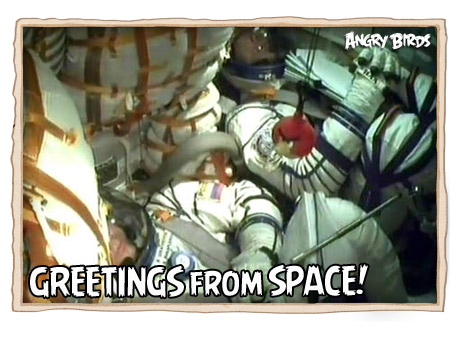 Yeah, that’s the Red Bird from Angry Birds, hanging out in the Soyuz capsule like it ain’t no thing. Presumably he (it?) was chosen as Rovio’s ambassador to space, since Red Bird is neither explosive nor fragmentary.

Angry Birds aside, the mission signals the end of a long running semi-crisis for the space station. Though the station is fully stocked with supplies, the return vehicles docked at the station were rapidly approaching the end of their lifespan. Had last night’s launch been further delayed — or worse, unsuccessful — the current ISS crew would have had to leave the station empty. Thankfully, that scenario is no longer a risk.

Unfortunately, the station will only be fully manned briefly once the Soyuz capsule reaches the station. After the current crew returns, the ISS will continue operating with a half-sized three person crew. Maybe they’ll have to put that bird to work up there.