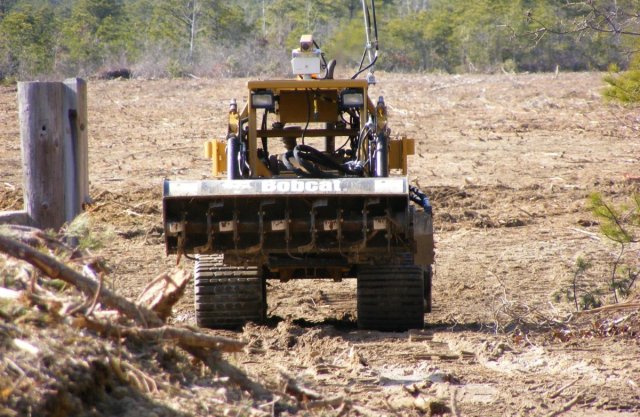 Robots do a lot of things very well, but so far picking delicate fruits and vegetables hasn’t been one of them. Researchers and roboticists are working to change that. They’re combining the latest technologies to build robots capable of harvesting crops. The real question is, how soon before they turn against us and try to harvest people?

One such machine is the Lettuce Bot, which can do the work of 20 puny humans. This lettuce terminator is pulled behind a tractor as it “thins” the field. It’s years ahead of other agricultural robots, which struggle to imitate the speed and dexterity of skilled human hands.

A big challenge is to get robots to properly identify the crop they’re supposed to be harvesting, and to distinguish them from undesirable things like leaves and branches. Fruit is particularly tricky, which needs to be identified at different stages of ripeness for the machine to know when it should be picked.

The Spanish company Agrobot is working with growers in California to build a robot capable of picking strawberries. It uses optical sensors to identify the berries using color, size, and general quality. The robot uses its 24 arms to pick the berries and put them on a conveyor belt. The plucked berries are then packed by a human worker, even though that seems like the part that would be more easily done by machine.

There is of course concern about robots swooping in and taking agriculture jobs away from human workers, but at the same time there is concern from people like Ron Yokota, operations manager with Tanimura & Antle, which is the company testing Lettuce Bot. Yokota says, “There aren’t enough workers to take the available jobs, so the robots can come and alleviate some of that problem.”