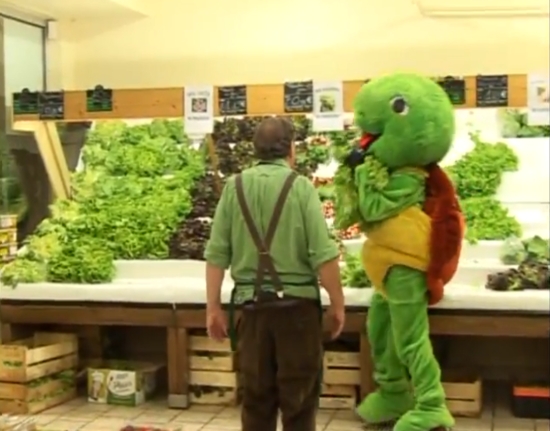 Turtles aren’t known for their dexterity or speed. Given that turtles are slow creatures, adding roller skates to the equation only makes sense. Doing so for a giant turtle mascot, however, is just plain silly. That’s apparently what French humorist Rémi Gaillard was going for, though, in his latest video. Hit the jump to watch a bewildered man guard his produce.

The real question is: What would he have done with all that lettuce had he succeeded?