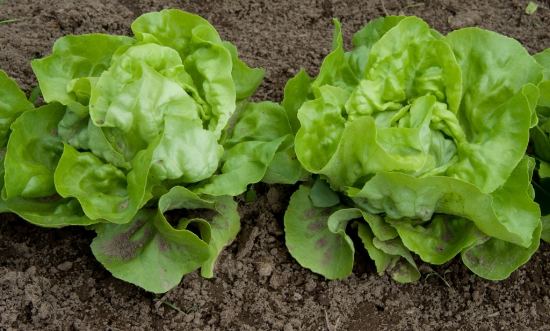 Good news for anyone who hates vegetables, or just wants to shut up their smug vegan friends! A new study by the Center for Disease Control (CDC) found that the majority of food-borne illnesses come from green vegetables, not meat or dairy products. Take that, vegetables!

The study found that 51% of the 9.6 million cases of food-borne illnesses were traced to contaminated plants, while all meat and poultry combined came in at a mere 22%. Leafy greens themselves cause 23% of the illnesses, which include the norovirus that causes the stomach flu.

You shouldn’t really stop eating vegetables. The untainted ones are good for you, and some are even not gross. It’s also worth noting that even though you’re more likely to get sick from a vegetable than any other food, the particularly nasty and deadly illnesses are still more commonly found in things like under-cooked chicken.

The bigger lesson here is that if you don’t want to get sick you should make sure you’re getting food from safe sources, and that you wash and cook everything thoroughly. If you do want to get to sick though, go eat a bunch of vegetables. I hear they’re terrible for you!

Enjoy your salad! I’m going to go get some chicken fingers. Anyone care to join me?

(via Popular Science, image via photofarmer)