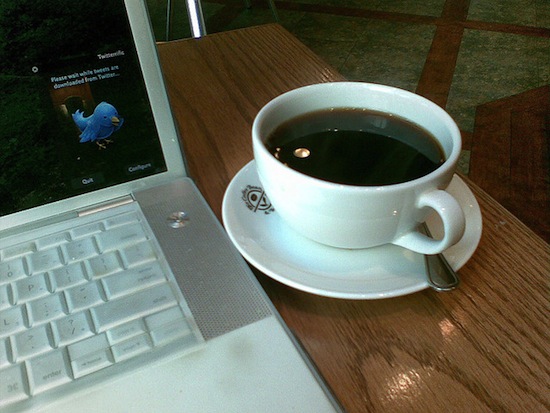 Having access to Wi-Fi in places like coffee shops is wonderful, unless those places get crowded with other people using the same Wi-Fi connection. That’s when speeds drop and we start getting grumpy. It’s almost enough to make you want to carry around your own hotspot, but thankfully researchers from North Carolina State University have brought us a new way to increase Wi-Fi speeds up to 700% on crowded networks.

The huge boost in speed comes courtesy of software developed by the North Carolina State researchers called WiFox. WiFox brings order to the Thunderdome that is classic Wi-Fi communications by prioritizing which access points on the network have the most backlog of data and dealing with the largest jams first, freeing up more bandwidth on the network sooner. In essence, the software acts like an air traffic controller for wireless data, or, keeping with the Thunderdome reference, it’s like Tina Turner, and the data packets are gasoline.

This is the second Wi-Fi speed solution we have seen in the last month. The earlier story came out of a collaboration with MIT and several other institutions, but didn’t specify the exact method used. We just know it uses algebra, and that’s enough to get our attention. Companies that are using that solution have signed non-disclosure agreements, though, so we won’t be getting a look behind the curtain anytime soon.

Ph.D. student and author of a paper about the research, Arpit Gupta describes what makes the WiFox solution so easy to implement.

That means there would be no need to update the hardware of a network by replacing or adding routers. Hopefully this kind of solution can be rolled out soon so that it no longer takes 15 minutes for a movie trailer to load while you’re sipping at Starbucks.