A Bit of Algebra Makes Wi-Fi Go Much Faster 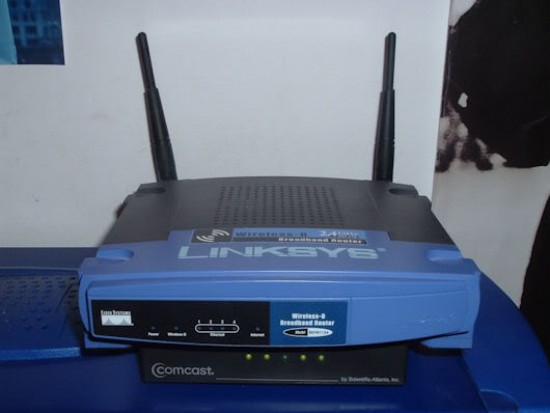 You may be reading this while you’re slowly updating a Steam game or watching a buffering Netflix show on your PS3 even though you pay for a fairly speedy Internet. Regardless of how far we’ve come regarding Internet speed, and how our phones can watch television shows while we wait in line at the bank, there’s always something left to be desired when it comes to Internet speed. The maximum speed provided by an Ethernet cable is often preferred to the ease, but slower maximum available speed of a wireless signal, but with the addition of a bit of algebra to clear of network clogging, Wi-Fi signals may become much faster without the addition of any new hardware.

The issue that was resolved was one of preventing the network from attempting to resend dropped packets, which ends up clogging said network. A dropped packet causes a delay, as does the resulting attempt to create and resend the new packet. Anyone with a bathroom will tell you, reducing a clog increases the flow.

The method, called coded TCP, was tested in an MIT lab using its Wi-Fi networks. Normally, two percent of packets are lost over these networks, but project lead and MIT professor Muriel Medard found that a standard bandwidth of one megabit per second was boosted to sixteen megabits per second — a significant increase that didn’t require any new hardware. The team also found that, in a network where packet losses climbed up to five percent, the 0.5 megabit per second speed climbed to 13.5 megabits per second. It was noted that in the rare occasion when packets weren’t lost over the wireless network, the speed wasn’t boosted at all.

The actual method by which the packet loss is corrected is clever and impressive, yet simple to explain. Rather than sending the actual packets of information, the network sends algebraic equations that “describe series of packets.” So, if a packet is lost, the receiver can simply analyze the algebra, and rather than solving for x, can solve for the missing packet. According to Medard, the processing power required to solve the equations is negligible, which means less powerful devices, like a phone, won’t have an issue employing this method.

There’s no timetable for this technology to be gifted to the Wi-Fi world, but an estimate of two or three years was bandied about. At the rate Internet speeds are climbing nowadays, though, who knows where our standard speed will be by then, and who knows how much this technology will be able to boost that.