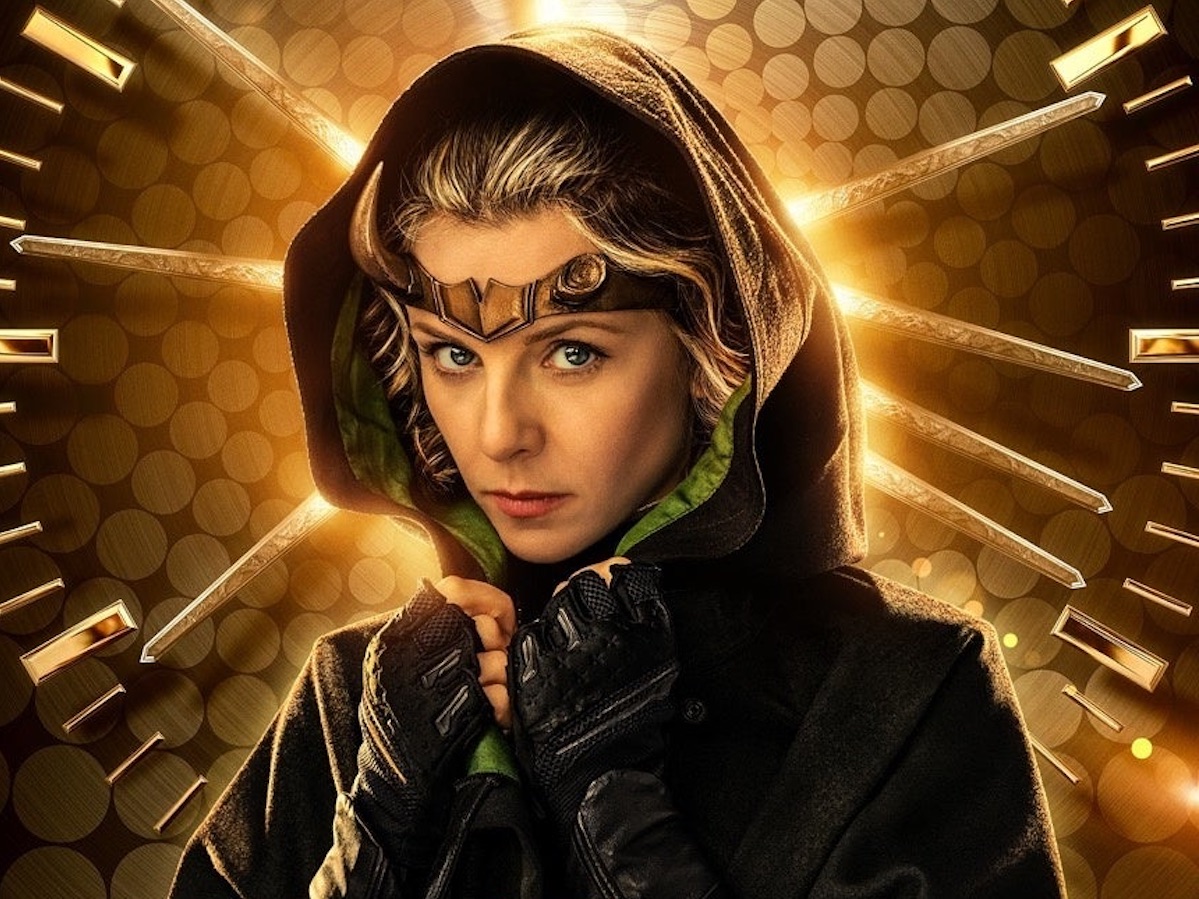 We have confirmation that the character introduced at the end of the last Loki episode, ostensibly Lady Loki, is named “Sylvie.” This has been our hypothesis for a while and sharp-eyed fans noticed that the character, called “The Variant” in English credits, was credited as “Sylvie” in some international markets. Now an official Marvel replica of the character’s helmet shows that the Sylvie name will stick.

Of course, this doesn’t clear up whether Sylvie is indeed Lady Loki—a direct Loki variant—or if she’s actually the character Enchantress, perhaps masquerading as a Loki so that Loki gets the blame for her actions. Another possibility is that the Disney+ Loki show has mashed up several characters from the comics into a brand new character. A Lady Loki/Enchantress hybrid, if you will.

The Direct first reported on the Sylvie-branded merch for sale on the Dutch website Zaavi. A pair of replica helmets shows Loki’s traditional horns as we’ve seen them in the MCU and the version worn by Di Martino, which has one broken horn. Text that certifies the replicas reads:

This document certifies that these horned helmets were inspired by the elements worn by Loki and Sylvie in the Marvel series: Loki. This officially liscensed jewelery items were manufactured by licensee Saleson, LLC.

And from the product description:

Take on the role of the God of Mischief with the Sylvie and Loki helmet replica set. These officially licensed pieces are inspired by the hit Disney+ TV series Loki and available exclusively on Zavvi (UK and Europe).

While Sylvie Lushton, in the comics, is given her powers by Loki to become a latter-day Enchantress, it’s possible that Di Martino’s Sylvie was originally a Loki variant who, for reasons unknown, has taken on a distinctly different identity. The casting of an actress as “Young Sylvie” on IMDb suggests we may see flashbacks or visit her childhood.

A TVA file glimpsed on the show also lists her full name as “Sylvie Laufeydottir,” which would seem to imply she is either a Loki or related to Loki. Yet another option is that this Sylvie is the direct magical creation of a Loki (as in the comics) or is their child or sister. Being a Loki creation or relative could also explain why Sylvie has a Loki-like “temporal aura” that tricked the TVA into thinking she was a Loki variant.

It remains unclear whether we’ll learn the answers behind the Sylvie mystery in the next episode. Loki followed her through the time portal, but Sylvie seems to want to have nothing to do with him right now and has so far only been hostile. I’m crossing fingers they’ll have significant interaction soon, but for all we know, the first few minutes could see the TVA finding Loki again while Sylvie vanishes. What we do know is that she seemingly has a central role to play in the show’s storyline and that we’re going to see the fallout from her “bombing” of the Sacred Timeline.

Since the start of the series, it’s been hinted that the TVA is not what they seem to be (do the Time Keepers even exist? Is Judge Renslayer pulling all the strings? Is the villainous Kang the Conqueror?). Even if the TVA isn’t corrupted and being run for sinister reasons, at its heart Loki is concerned with the nature of chaotic free will versus predestination and rigid order.

As such, while Di Martino’s character has been presented thus far as a criminal and a killer, chances are we may discover she’s on the “right” side of things or has very good reasons for doing what she’s doing. I’m excited to learn more about her, and she has piqued the interest of many Loki aficionados, to say the least. See you tomorrow, Sylvie fans.