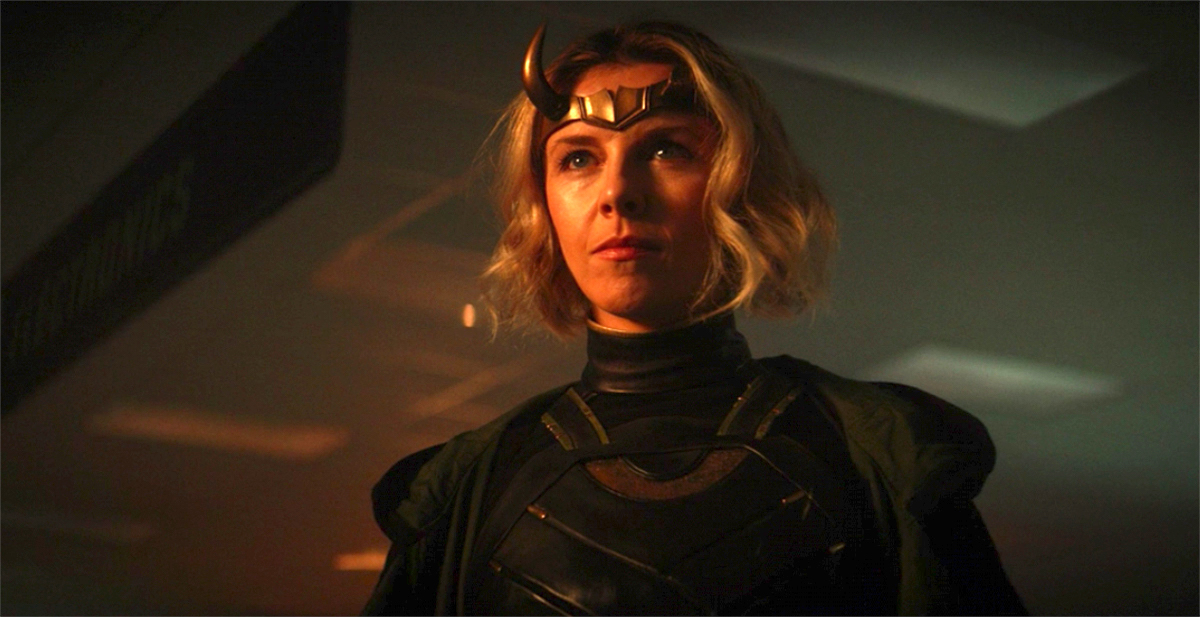 On the second episode of Marvel and Disney+’s Loki titled “The Variant,” we learned that there were multiple forms of Loki out there and one (at least) is currently trying to attack TVA agents all over the timeline. We watched one take over the body of a TVA agent and murder her coworkers while “Holding Out for a Hero” played in the background, and it was nice to know that all of the Loki variants are wonderfully dramatic.

By the end of the episode, it’s revealed that this particularly Loki variant is a woman and is played by Sophia Di Martino! And now she has her very own character poster and is maybe my new lord and savior. (I love her.)

“This isn’t about you.” 💥 A new episode of Marvel Studios’ #Loki lands Wednesday on @DisneyPlus. pic.twitter.com/CCbD7FyUGF

It’s interesting that the pull quote is “This isn’t about you” for a number of reasons—one being that the show is called Loki, and if this “variant” is telling him that it isn’t about him? It gives me more questions than answers. As our Kaila Hale-Stern pointed out, though, it’s also possible that this isn’t the Lady Loki, especially since Loki also points out that how she’s treating him is not how he would treat himself. So, the idea that she’s a variant of him? Suspicious at the very least.

Is it a reference to the fact that she’s not really Loki? There’s a pretty good case that she’s … someone else, as Kaila mentioned, or is it just a reference to this being bigger than Loki and his breaking off the sacred timeline? It could be something as simple as that, but it’s just a bit “insert side-eye emoji here” that that’s the quote they chose to use in tweeting the poster, because, again, the show is called Loki.

There are many theories currently being worked out online as to who Martino could be playing, but as it stands right now, she’s assumed to be a female version of the Loki we know and love. I do wish she were a brunette, but we’ll get to that at some point, hopefully. I love my Loki with pitch-black hair.

But what’s lovely is how many people are jumping on board with this “Lady Loki” right out of the gate. We only really saw her briefly at the end of the episode that led Loki into a different timeline with her instead of waiting for his boyfriend, Mobius. I believe he is following her to get answers to bring back to the TVA because Loki is smart enough to know he cannot outrun them forever. Still, watching Loki and Lady Loki blip off together? Life-affirming.

The replies to the tweets are also just filled with lots of Twitter users bowing to Loki and showing their dedication to her. And honestly, is this surprising? You know how we are about Tom Hiddleston’s Loki, so Sophia Di Martino should have been well aware that she was now the queen of the internet just by default.

is this woman lady loki or is she the enchantress, tell me now account manager 😩 i will give you a cookie

Is she Lady Loki? Is she [redacted]? Right now, we don’t know, but we do know that she has a fun little outfit and a haircut that is making me question whether or not I like having longer hair. I hope we get to see more of Martino’s Loki in this week’s episode, but until then, we can all bow down to this character poster.