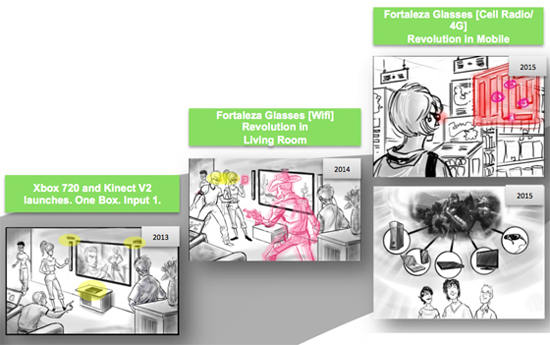 There’s nothing quite like having your legal firm requesting the removal of incriminating documents to lend said documents legitimacy. What may have otherwise been taken as a hoax document purporting the specifications for the Xbox 720 and related devices has now been given new credibility thanks to Covington & Burling LLP, a law firm that happens to list Microsoft as a client.

The leak had originally been covered by Nukezilla back in May. They claimed that their source was extremely trustworthy but it didn’t make the same splash as it did when the document itself turned up over on Scribd. They’d covered bits and pieces like the Kinect 2, the Blu-ray support, and intention to potentially split the console between versions with a disc drive and those without.

But there’s nothing like having the actual document in your digital hands. Apparently, someone at Microsoft must agree. Once the entire thing landed on Scribd, it didn’t take long for it to be removed via Covington & Burling LLP. This could just be related to a broader strategy of removing any and all speculative documents about the upcoming Xbox 720 or it could be a look at what exactly is coming next.

Because the document itself seems to be from 2010, some of these plans have already come to fruition. SmartGlass, the Metro dashboard, and Xbox TV applications have all come to light since then. We only need wait to see if the rest pan out, of course, but now that it’s out there in the wild there’s little Microsoft can do to stymie the flow of information.

(Scribd via The Verge)