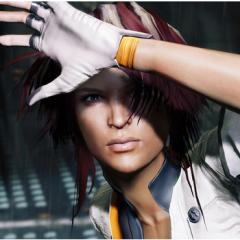 “We had some [prospective publishers] that said, ‘Well, we don’t want to publish it because that’s not going to succeed. You can’t have a female character in games. It has to be a male character, simple as that.’ …We wanted to be able to tease on Nilin’s private life, and that means for instance, at one point, we wanted a scene where she was kissing a guy,” Morris said. “We had people tell us, ‘You can’t make a dude like the player kiss another dude in the game, that’s going to feel awkward.’ I’m like, ‘If you think like that, there’s no way the medium’s going to mature.’ There’s a level of immersion that you need to be at, but it’s not like your sexual orientation is being questioned by playing a game. I don’t know, that’s extremely weird to me.” — Jean-Max Morris, creative director of Remember Me, to The PA Report.

Remember Me is a cyberpunk themed game whose hero Nilin “can “remix” an individual’s memories by hacking into their neural implants as she attempts to reclaim her memories.” Morris talked about the game, and the difficulties it encountered in getting made simply because it had a female player character, with the PA Report. His remarks illustrate, among other things, how misogyny and homophobia are often intertwined.

Previously in Women in Gaming