Tomb Raider: A Chance to Make a Difference 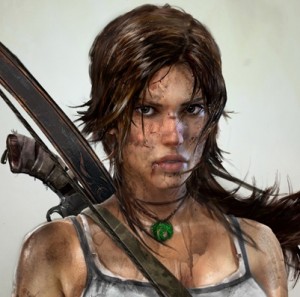 I’ve had an up-and-down relationship with Lara over the years. I played the first game, in fact [my] dad did and spoilt the bit with the T-Rex but it was still awesome. Then I felt she’d become reduced to a pair of boobs, a pair of pistols and a hair plait.

She became bigger than the games and was over-sexualised. I’m fairly used to that in games but it gave the impression that ‘ladies, this isn’t for you’ and yet she was very popular with female gamers.

The chance to get my hands on her, so to speak, gave me the chance to make a difference. — Rhianna Pratchett, head writer on Tomb Raider.

The Tomb Raider franchise’s imminent reboot hasn’t had the smoothest of PR roads, what with letting its executive producer say some really unfortunate things about rape, victimhood, and how men connect with female characters, days before they were ready to announce and confirm that Tomb Raider (2013) was that rarity in the video games industry: a game about a woman, written by a woman. Pratchett herself has talked publicly about how problematic those statements were and how they’re not representative of her approach to Tomb Raider‘s story. Gamers can finally get their hands on the long awaited reboot tomorrow, and we should have a review for you at the end of this week.