Ready Player One, Jupiter Ascending, and Whose Derivative Trash Fire Is Allowed to Burn in Glory | The Mary Sue

Ready Player One, Jupiter Ascending, and Whose Derivative Trash Fire Is Allowed to Burn in Glory 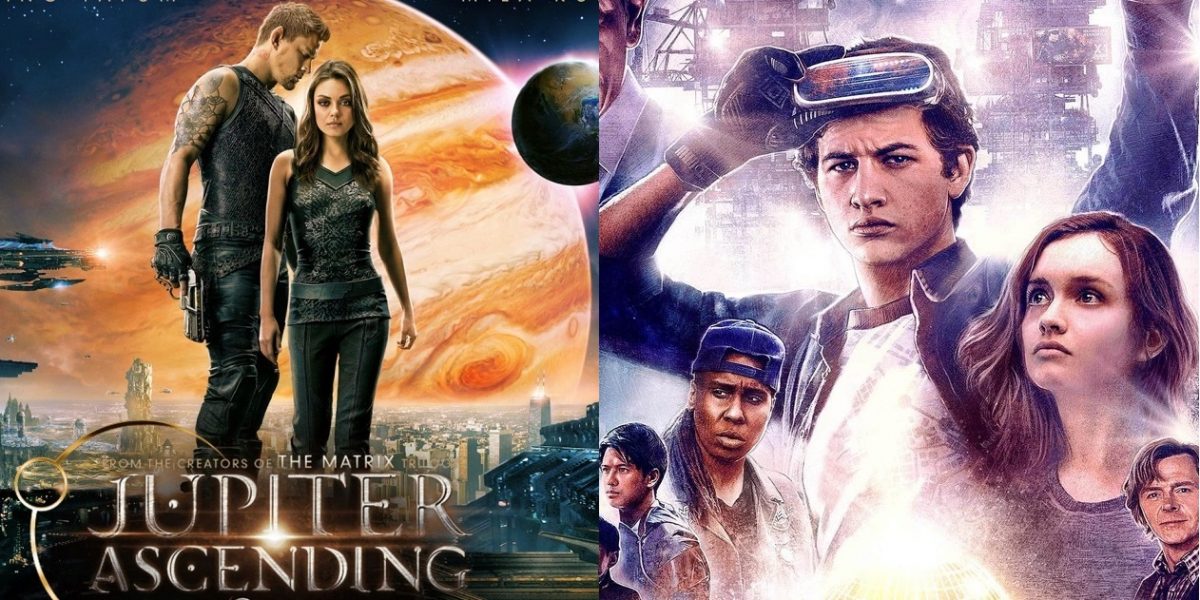 I sometimes feel like I’m the only feminist nerd who didn’t absolutely hate Ready Player One, and I think a large part of that has to do with how I was introduced to it. I didn’t read it when it first came out, and no one told me it was amazing, or that I would love it because I was a geek. Instead, in a group email of book recommendations last year, one of my friends pitched it as “Jupiter Ascending for performatively nerdy boys—a whacked-out, derivative trash medley of all your favorite stuff.” After I read that, I knew I had to at least check it out.

Because I knew that Jupiter Ascending is one of the greatest, giddiest trash fires ever to burn on the big screen.

Now, I may be here to defend the honor of Jupiter Ascending, but I am not here to defend its artistic merits. It’s a sublime disaster of a movie, which our own Sam Maggs described as “the big-screen adaptation of that Stargate fanfic you wrote when you were fourteen that really went off the rails and began to inhabit its own universe, complete with original characters, wolf-men, and bees.” It is shamelessly, gleefully derivative in its character design, and you can’t tell where the line between homage and blatant theft lies. Its aliens are silly; its villains are as over-the-top as its dresses; and the plot is a scattered, often laughable collection of cool-looking scenes.

But it is also perfect. As The Toast (R.I.P.) described it, Jupiter Ascending is every girl’s first novel. While it only stands at a 26% on Rotten Tomatoes, geeky women across the internet have started to reclaim it as the delirious escape it is: “Jupiter Ascending is garbage, but it’s our garbage.” As one Tumblr user wrote so accurately about the film: “Is this how straight dudes feel at the movies all the time???? Like someone carefully noted down your early pubescent fantasies and then threw 100 MILLION DOLLARS at them?”

Apparently, it is, because Hollywood is now making Ready Player One, the definition of a male pubescent fantasy. Now, I thought the novel was fine, and I don’t resent nerd boys their ludicrous pastiche. But I maintain that Ready Player One was just as ridiculous as Jupiter Ascending. The constant name-drops of ’80s media that Wade has seen. The plot in which his very specific, marginalized-in-our-world knowledge makes him a bajillionaire. The fact that he wins over his crush by flexing his skills in virtual reality. It’s all of it nonsense.

But I do think Ready Player One (unlike, say, something like Pixels) has some heart—and many critics have picked up on that earnestness. Frank Pallotta said of the film: “it’s hard to not leave the theater with a huge smile on your face.” Meredith Borders said it was “full of giant, dorky heart. I both want to hug it and give it a noogie.” And the source book, despite its clunky prose and constant name-dropping, was similarly praised as “ridiculously fun and large-hearted” and “the best science fiction novel I’ve read in a decade.”

But Jupiter Ascending had plenty of heart, too. As Gavia Baker-Whitelaw over at The Daily Dot described, it was “dumb, and weird, and beautiful, and it wants you to be happy.” But for mainstream critics, “heart” isn’t enough to save a story when that heart is devoted to giving teenage girls, rather than nostalgic 30-something men, their escapist joy. Because of the source material it drew on—namely, female-coded fantasies rather than male-coded ones—the homages and callbacks in Jupiter Ascending weren’t seen as cool or engaging. They were seen as silly or annoying.

Now, I haven’t seen the film yet, and I may yet be surprised. I thought the book Ready Player One was happy garbage—but I know for a lot of people it was their garbage, and gloriously, unapologetically so. And honestly? That’s great. Art should be allowed to be trashy and escapist and silly. People need that, too.

I just wish that same understanding was ever, ever extended to teenage girls.