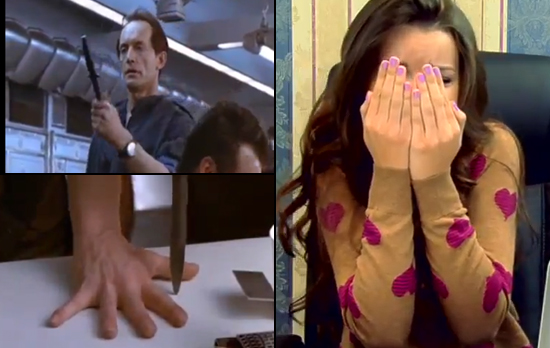 Five Finger Fillet, aka the Knife Game, is a challenge of unknown origin, but Bishop (played by Lance Henriksen) in Aliens made it especially popular…until Internet musician Rusty Cage went and made a video in which he performs the Knife Game while singing about it. It’s…nuts, but all right. The amusing part is that someone (TheFineBros) went and filmed people — specifically, YouTubers — reacting to Rusty Cage, then others, attempt the same thing. It may end in blood.

In this one, YouTubers react not only to the cringe-worthy act itself but also to the absurdity that this is a thing. A thing that people do and now sing to. And that then other people do. And then…well, you just have to see it. Enjoy cringing.

So here’s the question: Is watching irresponsible behavior played out like this going to encourage it, or help deter it? Personally, I think it at least helps to show people calling it stupid, because the Knife Game is.

Unless you’re a synthetic badass like Bishop, and Bill “Game Over” Paxton is the victim. 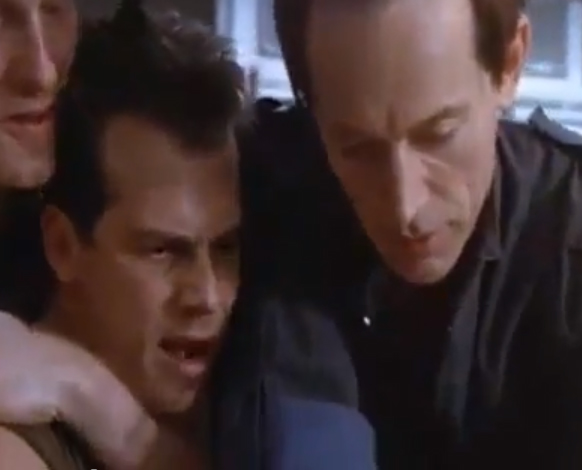