The U.S. Can Finally Drop $25 On Raspberry Pi’s Super Affordable Model A 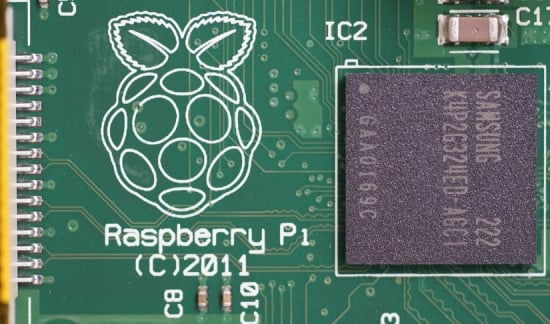 Good news for any Americans looking to do a DIY computer project on the cheap, the Raspberry Pi Model A is finally available for order here in the States. It’s not as powerful as some of Raspberry Pi’s bigger, slightly more expensive models like the Model B, but it’s well suited for battery or even solar powered projects.

Raspberry Pi Model A is available through Allied Electronics, and if you want one, order quickly. The site says there are only 37 left in stock, and Raspberry Pi Foundation founder Eben Upton said, “I’d expect us to dip in and out of availability for the next month or so until we reach a steady state.” That’s because sales of the Model A have been roughly one thousand per week. They’re trying to keep up with demand, but they sold their initial run of 20,000 units very quickly.

So what’s under the hood of the Raspberry Pi Model A? The Allied Electronics site says it’s powerful enough to run office programs, but is probably better suited for “developers of small and portable equipment not requiring Internet access but needing power consumption to be as low as possible.”

It has 256 MB of RAM, only one USB 2.0 port, no Ethernet port, it runs Linux, has one HDMI socket, an SD card slot, an audio out jack, and a connector for the Raspberry Pi HD video camera. All that is packed onto a board about the size of a credit card.

(via TechCrunch and Allied Electronics, image via GijsbertPeijs)