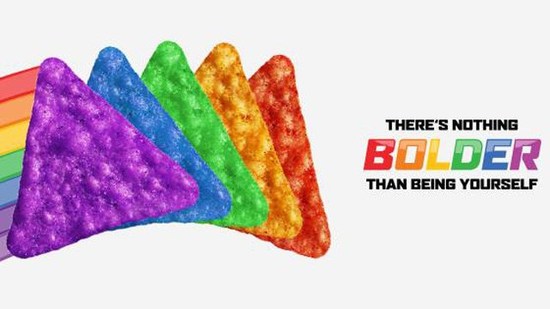 If you’re a junk food connoisseur like me, you’ve probably heard about Doritos’ new, limited-edition rainbow chips out to support the LGBTQ community. Frito-Lay partnered with the It Gets Better project, so making a donation of ten of more dollars would give you a bag of rainbow chips, which also have an inspirational quote on the outside.

Despite being a very harmless campaign, as the proceeds only go to It Gets Better if you actively choose to donate and the chips are only available online (meaning you won’t see it in stores), their social media sites were flooded with outrage. Their Facebook is filled with users announcing boycotts or anger about “promoting LGBTQ lifestyle with gay chips.”

In situations like these, the best plan of action of the company is just to ignore these comments, or play them off. However,  Mike Melgaard, whom you may recognize as the troll who responded to comments angry about Target’s gender neutral aisles as “Ask ForHelp,” decided to lend some help. Here are a few of his responses:

Now this is some vigilante justice I can get behind.