"We apologize for nothing. NOTHING." 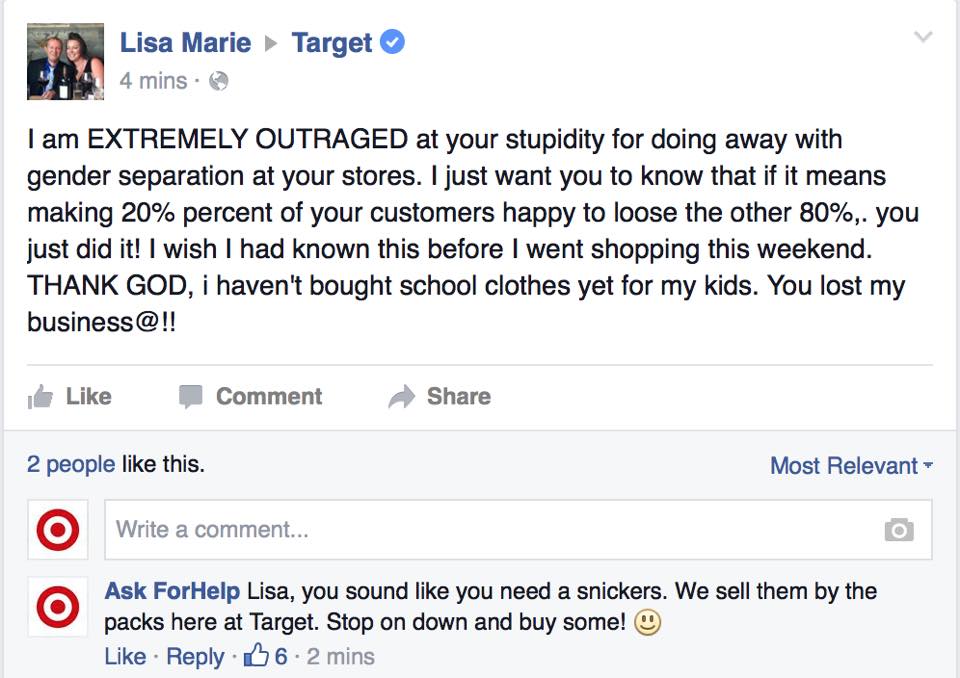 Not everyone was as thrilled as we were when Target announced that their toy and children’s aisle would be gender-neutral, and many dissatisfied customers took to Facebook to let Target know how they are destroying America and whatnot.

Mike Melgaard, in response, used the account “Ask ForHelp” with the Target logo to respond to these comments. 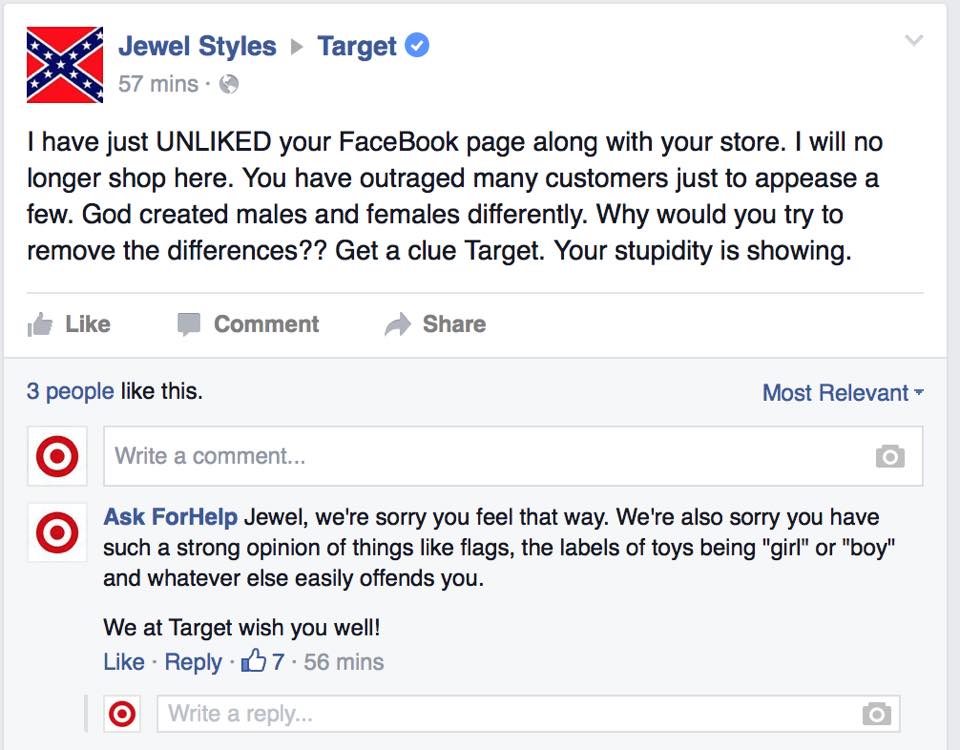 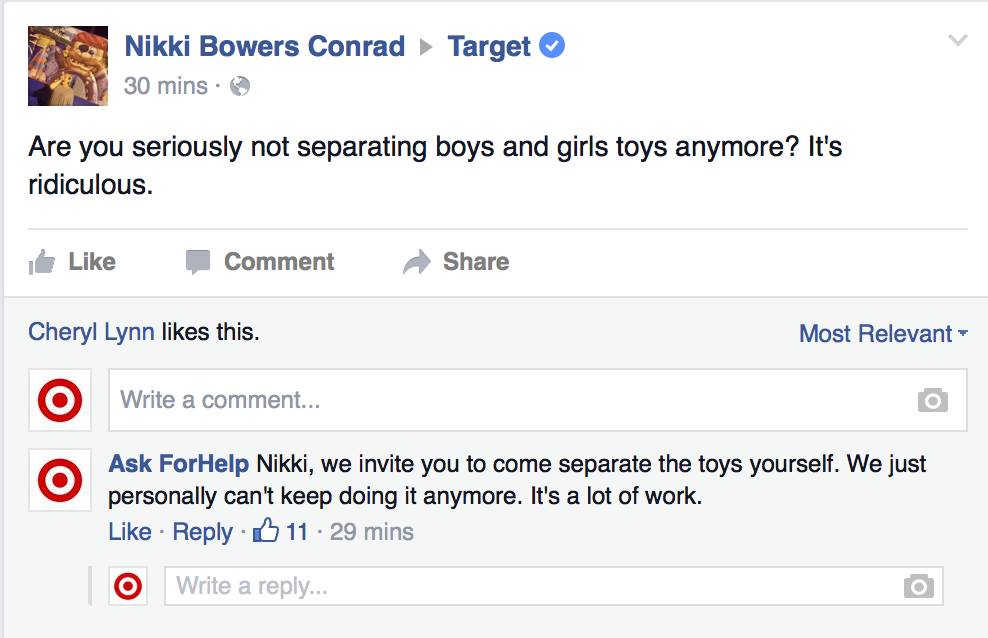 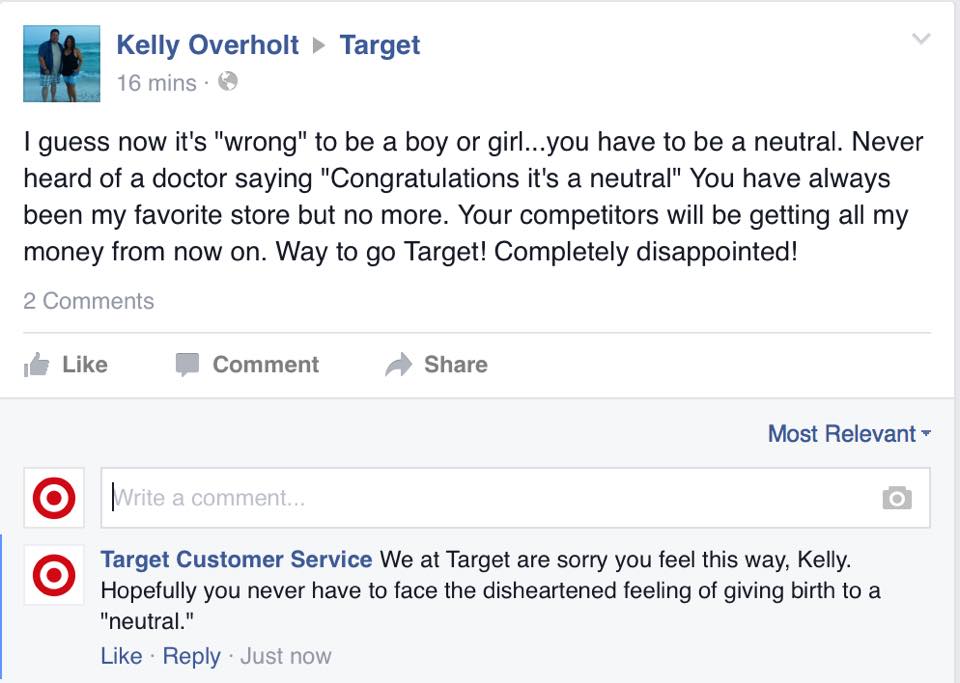 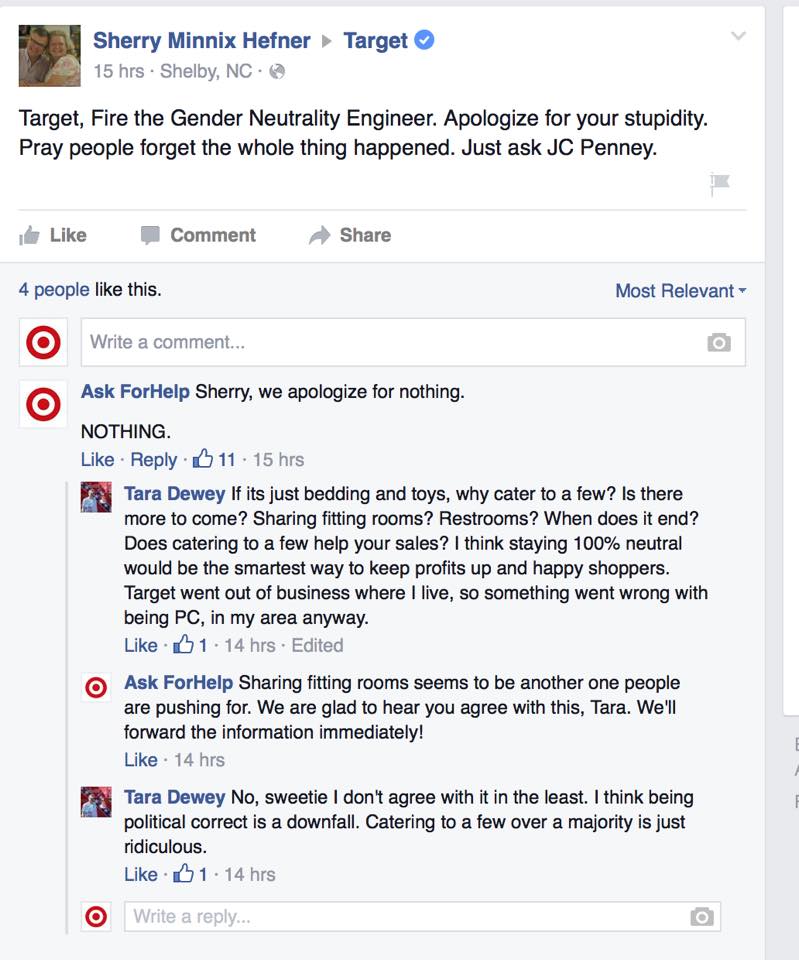 I believe the Ask ForHelp was reported or suspended, but it was great while it lasted. While trolling isn’t usually something to endorse, there is a lot of humor in the disproportionate pearl-clutching outrage in some of these comments. Target is getting tons of negative comments on their social media, so it’s also nice to see people supporting their new initiatives and hopefully encouraging other stores to do the same.

You can view the rest of his responses here.