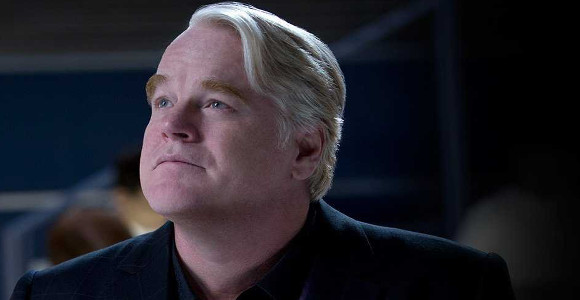 The sad news has broken that Oscar-winning actor Philip Seymour Hoffman, who has been in many movies including Capote, The Master, The Big Lebowski, The Hunger Games: Catching Fire, Almost Famous, and Moneyball, was found dead today on his bathroom floor in New York.  Hoffman was only 46 years old.  As he was found with a needle in his arm and with heroin nearby, it’s currently assumed to be an overdose.  Hoffman had battled addiction and went to rehab just last year.

Hoffman’s body was discovered by his friend, screenwriter David Katz.  Details are still being released, but according to an official the New York Times spoke with, “Investigators found a syringe in his left forearm, at least two plastic envelopes with what appeared to be heroin nearby, and five empty plastic envelopes in a trash bin.” In May of 2013, Hoffman had entered rehab after using heroin for “only a week” saying he wanted to get ahead of the problem as he’d battled substance abuse in the past.  When he entered rehab last year, he’d been clean for 23 years.

An actor who was widely respected, Hoffman won an Academy Award for Best Actor in 2005 for his role as Truman Capote in the movie Capote. He was also nominated for Oscars for supporting roles in The Master, Charlie Wilson’s War, and Doubt.  Most fans of the Hunger Games trilogy were delighted to have him playing the role of Plutarch Heavensbee in Catching Fire given his reputation as an actor – and were not disappointed. His death is definitely a great loss and yet another actor taken far too soon by addiction.

Hoffman leaves behind a wife, Mimi O’Donnell, and three children.  His family released this statement today:

We are devastated by the loss of our beloved Phil and appreciate the outpouring of love and support we have received from everyone. This is a tragic and sudden loss and we ask that you respect our privacy during this time of grieving. Please keep Phil in your thoughts and prayers.

Our hearts go out to them and Hoffman’s other loved ones.