Why the Heck Did Discovery Channel Re-Air the Fake Megalodon Documentary Again?

Guys. Can we not do this? 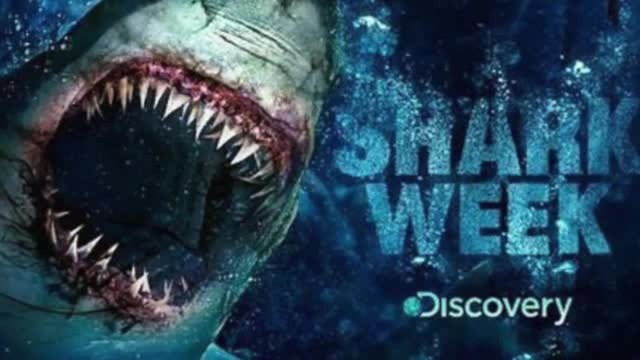 Last night, we here at Geekosystem saw a sudden jump in nighttime traffic due to so many people googling “megalodons.” Did the Discovery channel re-air that awful fake documentary they? Yes, yes they did — at midnight EST on Sunday night. Why.

If you don’t remember, Megalodon: The Shark Monster Lives was a one hour show that kicked off the beginning of this year’s Discovery Channel Shark Week programming. It followed the story of a group of scientists seeking answers after a fishing boat disappeared off the coast of South Africa. Except there was no fishing boat that disappeared. All the people who appeared in the “documentary” were actors. And the Megalodon has been extinct for millions of years.

“But Geekosystem,” you’re probably saying right now. “How do we know that it was fake?” Because even the Discovery Channel itself has come forward to tell everybody so. Soon after the Internet exploded with outrage at the thought of a completely faked documentary, executive Shark Week producer Michael Sorensen told Fox News in a statement:

“With a whole week of Shark Week programming ahead of us, we wanted to explore the possibilities of Megalodon.[…] It’s one of the most debated shark discussions of all time, can Megalodon exist today? It’s Ultimate Shark Week fantasy. The stories have been out there for years and with 95% of the ocean unexplored, who really knows?”

“Who really knows?” by the way, is code for “we totally made that documentary up but we’re trying to save our asses.” Because actual real scientists know that there’s little evidence to suggest that a giant 60 foot long shark is not currently roaming the waters of South Africa. And even if it were, literally none of the pseudo-anecdotal, completely-staged Discovery Channel footage would have anything to do with any possibile future megalodon discovery at all.

So why the heck did they air the thing over again, knowing full well that nobody was happy with them the first time? Ratings, of course. During it’s first airing, Megalodon got more viewers than any other show in the history of the Discovery Channel — 4.8 million of them, in fact. And it’s not like the channel had any integrity to begin with or they wouldn’t have aired the completely fake story in the first place.

Take a look at the rest of their programming for that evening:

After Megalodon, they aired a new Memaid program — not the one that Animal Planet got flak for last year, but a completely different one that is also totally  fake. And then a program about the Bermuda Triangle, followed by a bunch of half-hour infomercials for back pain and sexy beach babes, appropriately titled Sexy Bodies: Miami Beach.

Listen, we get that all cable networks put on reruns and controversial/mature programming during this timeslot, because there usually aren’t a whole lot of people staying up late to watch them. But re-airing a completely fraudulent story at a time when a whole bunch of tired, bleary-eyed, impressionable people are going to be most susceptible to bad information? That’s pretty disappointing, and not at all something we condone — even if we do get traffic from it.

But then again, what else should we expect from Discovery Channel now? Certainly not actual information or learning anymore. Sexy Bodies: Miami Beach sounds much more up their current alley, anyway.