PS4 Could Be Getting its Own Oculus Rift-Style 3D Headset

If this means 3D Skyrim then I'm totally in. 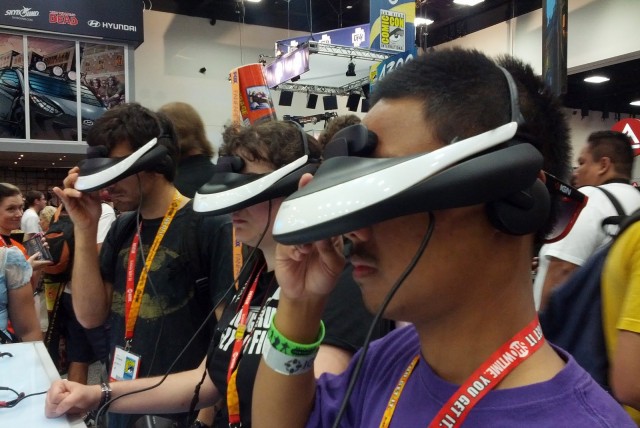 Polygon cites separate reports from CVG and Eurogamer that say the set will be unveiled at the Tokyo Game Show this month. According to the reports, the headset will be used with the PS4 release title DriveClub and will let players get a cockpit view of their car.

Sony may also be debating whether to include the headset with the PS4 as a key component or as an additional add-on. That could depend on the number of games that make prominent use of the technology, and the interest shown by gamers.

If anyone is on the fence about picking up the PS4 or Xbone, will a 3D headset win them over? Migraines aside, I never thought 3D added much to the experience of seeing a movie, but I think it would add something to playing a game. Playing a game is about becoming part of a story as opposed to just watching one, and 3D helps that feeling.

(via Polygon, image via Joy Wilcox)