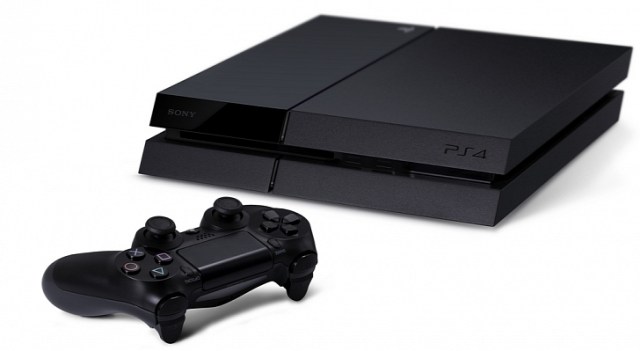 Today Sony used its Gamescom spotlight to give us a closer look at the PS4. Everything was very exciting, with new games, ports, price drops, and a November 15th release date for the PS4. Everything, that is, except the camera. Don’t think we didn’t see you zooming out half the time, cameraman.

It all started with Worldwide president Shuhei Yoshida sitting in a chair with his back to the stage, playing a round of Killzone: Shadowfall and using the PSN interface.

But before the big stuff began, the PS3 was addressed. It’ll be getting its price cut down to $199, so anyone who wants one and hasn’t picked one up in the 7 years it’s been out has an even better opportunity to do so. Gran Turismo 6 got a shiny new trailer, as well as the announcement of a movie based on the series.

Indies incontestably stole the spotlight of the show, with a montage of indie dev interviews announcing games like the quiet adventure Rime, Everybody’s Gone to the Rapture, and The Binding of Isaac Rebirth. Already established indie darlings Rogue Legacy and Luftrausers are bound for the Vita, as well. The biggest shocker, though, was the announcement of a “reimagining” of the classic Amiga adventure game Shadow of the Beast for PS4. The trailer looks more intense and sharp than your most vivid dreams and nightmares. I dare you to watch it and not get glued to the screen.

The Vita had its price dropped to $199, which may make it a more enticing buy for those on the fence. It also had two surprise game announcements in the form of Borderlands 2 and Murasaki Baby. The former is last year’s award-winning loot-filled shooter. The latter is a 2D puzzle game with a Tim Burton-esque art style where you guide an automatically moving baby through a perilous environment.

Then Ubisoft CEO Yves Guillemot came on stage to discuss his company’s partnership with Sony. There was a live demonstration of Assassin’s Creed IV Black Flag and its remote play feature, which allows you to take the game directly off of the TV screen and on to your Vita. You know, if that novelty hasn’t at all worn off with the Wii U.

Black Flag will have exclusive missions starring Aveline de Grandpre, protagonist of last year’s Vita-exclusive AC III: Liberation. Watch Dogs will also feature Sony-exclusive content, with 60 minutes of additional gameplay. To top it all off, Sony will be producing a movie based on Watch Dogs. So between that, Gran Turismo, and the previously announced Ratchet and Clank movie, this makes three major motion pictures based on video games that Sony’s got in the pipeline. That’s a pretty big gamble, considering how well video game movies usually do.

After Guillemot left the stage, a mob of guys in Creeper hats emerged to mild applause and inform the world that Minecraft would also be coming to PS3, PS4, and Vita– eschewing its former Xbox console exclusivity. It’s old hat by now, but maybe there are some diehard Playstation fans who have been waiting this long for the opportunity to play Minecraft.

To close up the conference, Sony Computer Entertainment president Andy House came out and announced the release date of the Playstation 4: November 29 in Europe, and November 15 in North America.

By the way, I hope that cameraman went home directly after the conference. He was drunk.