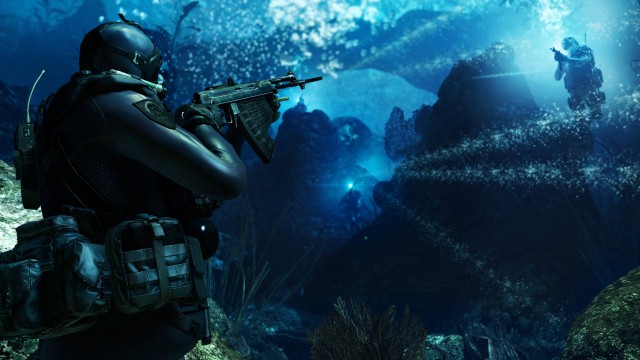 Remember how Sony CEO Andy House said yesterday that purchasing select PS3 games will allow you to buy them again on PS4 for a significantly discounted price? Well, we’ve just learned the specifics on that deal for one such game– Call of Duty Ghosts. If you buy it at retail price on PS3, you’ll be able to get it on PS4 for a mere $10.

Gamers will be able to get the discount at both digital and physical stores including Amazon and GameStop. In addition to getting the game on PS4 for such a meager amount, players will also be able to take game data from the PS3 version and push it over to the PS4 version for what should be a pretty seamless transition.

This can also be done with the Xbox 360 and Xbox One versions of the game, if that’s your console of choice. For some reason, the press release confirming the transfer opportunity only made an offhand mention of it also being available on Microsoft’s consoles. So yeah, take that as you will.

All of this is a “limited time offer.” There’s no specific date when the offer expires, but clearly it’s meant to entice early adopters and hopefully keep people loyal to the systems they’re currently playing on. This time limit also applies the transfer of the season pass, if you bought it for the PS3 game. More details should be coming soon, though, if Activision CEO Eric Hirshberg is to be believed.

“We want to make this transition as seamless and easy for them as possible. And there’s more news to come on that front. Stay tuned.” Hirshberg said.

(via Call of Duty)