President Obama Chooses A Superpower Appropriate To His Job 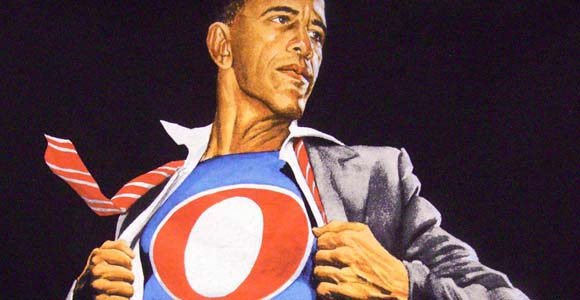 President Barack Obama is a self-proclaimed comic book fan so how is it no one asked him which superpower he’d like to have until now? Read on to find out if our Commander in Chief chose wisely.

The President was being interviewed by the “Morning Mayhem” team on 93.3 KOB FM in Albuquerque when they asked which superpower he’d most like to have. “It’s kind of a weird superpower,” he answered, “but if I had something that I could immediately wish for, I would love to be able to speak any language.”

That…makes a lot of sense considering the language barriers he must face every day in his job. He continued, “Now, that’s a weird superpower—it might not come in handy to rescue folks from a burning building, but I’ve always wished that whatever country I went to, wherever I met somebody who spoke a different language, that I could right away speak their language.”

Worrying perhaps that comic fans might find that lame, he added. “I’m a big believer in making connections with people. But if it’s like an ‘Avengers’ superpower, then I think the whole flying thing is pretty good. You can’t beat just kinda swooping around. That looks like it’d be fun.”

Not too long ago we found out the President liked one actor in Christopher Nolan’s The Dark Knight Rises more than all the others. “She’s spectacular,” he said of Anne Hathaway’s Catwoman. “I got a chance to see Batman, and she was the best thing in it. That’s just my personal opinion.”

Also of note from the radio interview was this bit of knowledge. “I have to admit I’ve never actually heard the original version of the song,” the President when asked if he was familiar with Carly Rae Jepsen’s “Call Me Maybe.” But he has seen the video where his speeches were used to create the song. “It looks like a cute pop song.”