What Was President Obama’s Favorite Part Of The Dark Knight Rises? 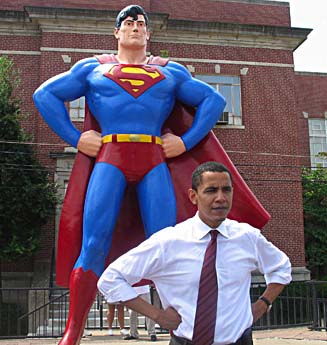 “She’s spectacular. I got a chance to see Batman, and she was the best thing in it. That’s just my personal opinion.” – President Barack Obama stating for the record that Anne Hathaway was the best part of Christopher Nolan’s The Dark Knight Rises. He was speaking at a fundraiser hosted by Hathaway, Aaron Sorkin, and Joanne Woodward.

We all know the President is a comic book fan and all-around geek. I wonder if Hollywood ships him the latest superhero films to preview before the rest of the country. If not, that should be a thing.