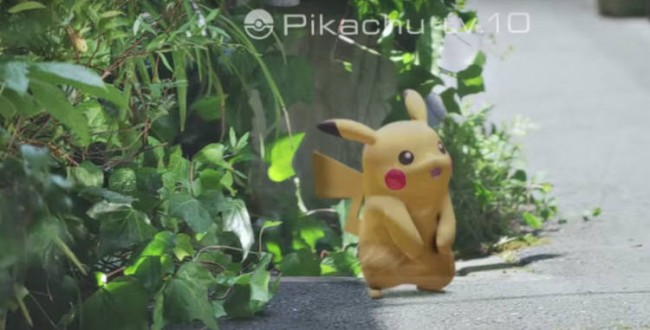 Pokémon GO‘s massive cultural impact can be felt pretty much every time you leave the house, but how do we measure it, exactly? Depending on what metrics you use, the game is pretty much more popular than anything else on the planet right now, which has to be strong encouragement for Nintendo to make broader use of their intellectual properties.

Using a similar search engine metric, Pokémon GO is also more popular than Minecraft, which itself was heralded as a massively popular game with a sizable cultural impact—and one that you could just not stop hearing about for a while. Markus Persson, Minecraft‘s creator, is (jokingly) more than a little disturbed by the sheer power of the phenomémon:

This is lovecraftian levels of disturbing. https://t.co/RznAWl1DDz

By the way, the game isn’t even out in Japan yet and only just finally launched in the UK, so don’t expect its popularity to slow down any time soon. It’s doubtful this level of enthusiasm will last long term, but when a game starts on such a high, a bit of eventual drop-off is expected and can’t really take away what has been accomplished.

What about things that are even more popular? While it’s unlikely (though not impossible) that Pokémon GO will ever surpass Facebook’s ridiculous user base of somewhere over 1.5 billion people active every month, the game has caught up by some measurements. It hasn’t overtaken Facebook in terms of daily active users as it already has Twitter, but GO has succeeded in beating Facebook at its own game: engagement. Players spend an average of about 33.5 minutes in Pokémon GO a day vs. about 22 minutes for Facebook. In other words, more people may check Facebook, but Pokémon GO holds their attention longer.

What can we learn from this data? Probably not a whole lot other than Pokémon is super popular (duh) and Nintendo making mobile games with its super popular properties is a recipe for success (also duh). However, there’s still sure to be a bunch of copycat apps and other examples tech companies trying to somehow replicate this success and understand how it happened like it’s some kind of mystery as opposed to a perfect storm has been twenty years in the making.

(via EpicStream, image via Nintendo)