The public voted and decided the names should be "Vulcan" and "Kerberos", but it won't be official until SETI says it is. 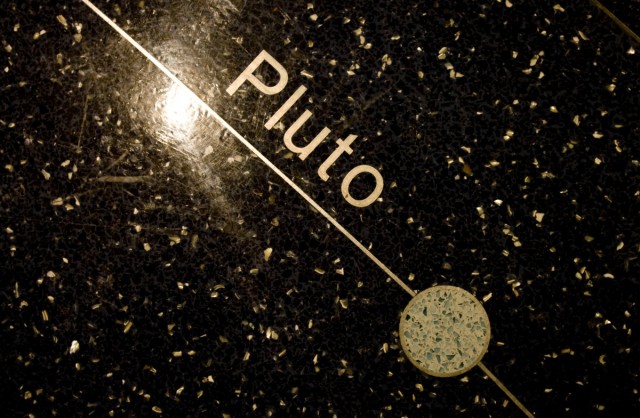 Today at 12:00 PM EDT you can jump on a Google Hangout with SETI to hear the official naming of Pluto’s two smallest known moons. SETI held a vote a few months ago, and the winning names were “Vulcan” and “Cerberus.” Cerberus is already the name of an asteroid, so to avoid any confusion they’re expected to use the alternate Greek spelling “Kerberos.” We’ve got the live video right here.

Vulcan and Kerberos will join Pluto’s other moons Nix, Hydra, and Charon. At least that’s what everyone is expecting to happen, but who knows. Maybe SETI will call an audible and give the moons completely different names. Maybe it will be Nix, Hydra, Charon, North, and West?

The vote was influenced heavily in Vulcan’s favor by some help from William Shatner and Leonard Nimoy who both took to social media to lobby the public. Will SETI stick with the winning names, or pull a last minute switch? Let’s find out together: