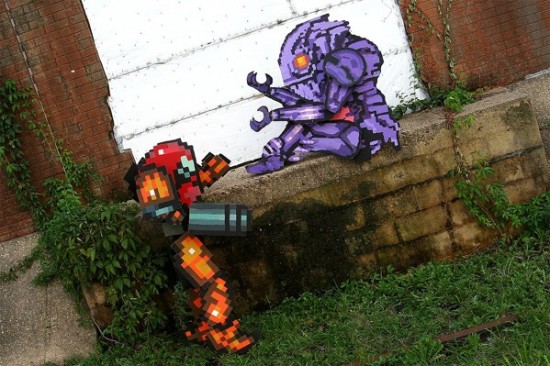 Metroid’s Samus Aran is a popular cosplay character, partly because Samus was the first iconic female video game character who wasn’t a helpless princess, partly because Samus is awesome and you know it, and partly because pretty girls like to dress up as various incarnations of Samus — one of which happens to be Samus in a blue leotard with long blond hair — and this is the Internet. Dan Cattell and Krystal Belcher, however, took the cosplay in a different direction. Krystal dressed up as the pixelated Samus of old when she made her bones in a big suit of armor rather than a leotard (not counting a certain famous cheat code), and when her gender didn’t matter, which is what made it matter.

Along with Krystal as the retro Samus, Cattell whipped up and hopped into a pixelated Chozo, the iconic keepers of Samus’ suit and weapon upgrades. The cosplay is featured in the latest issue of Nintendo Power, a magazine you may be surprised to hear is still around. 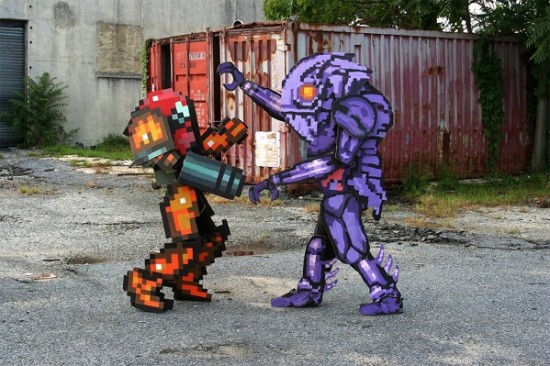 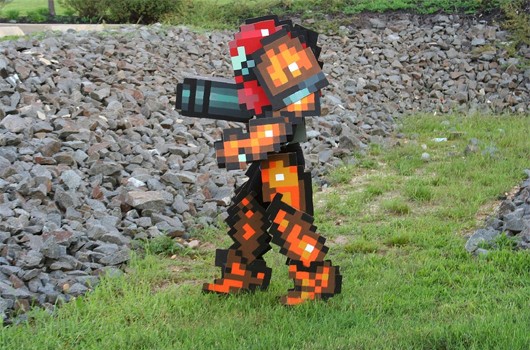