Peter Jackson Has Wrapped Filming On The Hobbitses 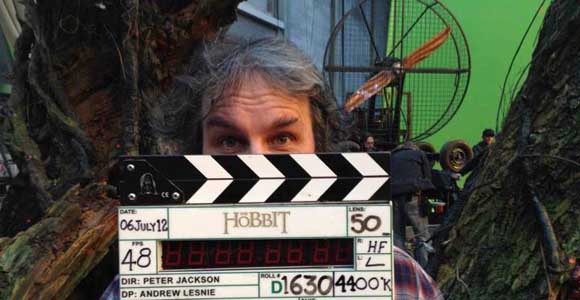 Peter Jackson has given us a huge update via his Facebook page. His two-part Hobbit saga has completed filming! Info on that plus big Comic-Con International: San Diego news after the jump!

Jackson has been filming The Hobbit: An Unexpected Journey and The Hobbit: There And Back Again concurrently in New Zealand since March of last year and we are happy to report he’s finally finished! Jackson posted the picture above along with this note on Facebook:

We made it! Shoot day 266 and the end of principal photography on The Hobbit. Thanks to our fantastic cast and crew for getting us this far, and to all of you for your support! Next stop, the cutting room. Oh, and Comic Con!
Cheers, Peter J

Previously, Warner Bros. announced they’d be bringing Jackson’s films to SDCC, but hadn’t mentioned the director himself. We now have an official answer to that thanks to Facebook as well. “Looking forward to seeing you in Hall H at Comic Con in a couple of weeks. Who’s coming?,” wrote Jackson.

Again, super bummed I won’t be at SDCC next week but we’ll be sure to bring you the footage as soon as it’s posted online (hopefully it will be). The film will now go into the post-production stage which presumably means we’ll be learning a lot more about the look of Smaug soon.