Peter Dinklage On His Golden Globe, Legitimizing Fantasy & The Mistreatment of Dwarves 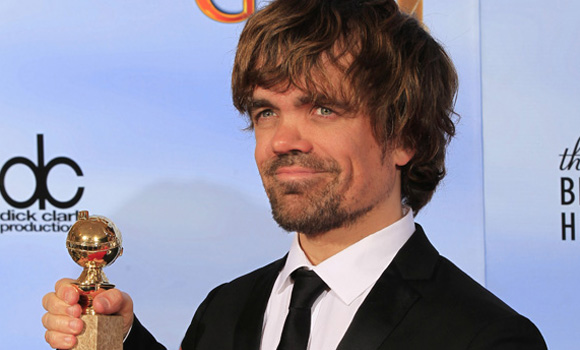 Peter Dinklage is now two-for-two in his television award wins. The HBO Game of Thrones actor won an Emmy back in September of 2011 for Best Supporting Actor in a Drama Series for his take on Tyrion Lannister. Now, Dinklage has picked up a Golden Globe for the same thing and used the platform to speak out about something very important to him.

Dinklage didn’t have too long on stage at the Golden Globes last night but as he was being ushered off by the orchestra he told the viewing audience to google a man from England. The man’s name is Martin Henderson, a 37-year-old actor with dwarfism, who was seriously injured after being thrown by a drunk man in New Zealand. He believes the man was  inspired to do so after hearing about a dwarf-tossing event held by members of England’s national rugby team. Like I said, Dinklage only had time to tell the audience to google the man and google they did. Henderson’s name was soon a trending topic on Twitter.

After his Globe win, the actor spoke backstage to reporters. One asked if he thought the show was helping to bring legitimacy to the fantasy dramas. “It depends on the writing. i think we have a handful of the most amazing writers in the business,” he said, also praising the source material from George R.R. Martin. “Hopefully it will give that genre a little bit more respect and credit.”

Dinklage has previously gone on record both about dwarves and fantasy and how the two have collided in the past. ”I don’t gravitate towards fantasy. I do have a deeper appreciation for it because of Game of Thrones, but I never really was attracted to fantasy because of how most writers depict people my size,” he said. “But it’s not just for dwarves, that could be the case for anybody, for women, for people of color. Right now it’s Middle Eastern people who are all playing terrorists. It’s short-sighted. But life is too short — no pun intended — to be interested in roles that haven’t got any meat to them.”

“You’ve got to push the envelope and challenge peoples expectations and ideas of what’s going to happen next. And I think we do that. And I think that adds to the addiction of the show — you never know what’s around the corner,” he said. “In Season 2, we’re not done killing off people.”

(via ThinkProgress and The Hollywood Reporter)